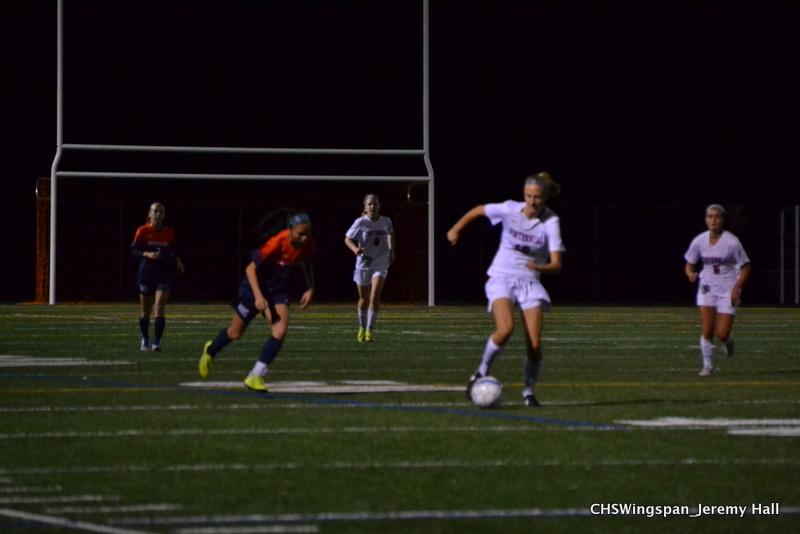 The playoff game was a revenge match for the Eagles as Reservoir handed them a loss less than two weeks ago.

The game started with the Eagles trailing Reservoir 1-0. One of Centennial’s starting wings, sophomore Mckenna Griffin, helped the team quickly bounce back. Griffin got on the end of a cross sent into the box and headed it in for a goal.

The Gators scored yet another goal to put them in the lead. This time, Centennial followed up with two goals, both by junior Kelli Dunagan.

Centennial was able to keep their lead despite the offensive pressure Reservoir created.

The Eagles play at Atholton High School on Thursday, November 4, in the third round of playoffs.