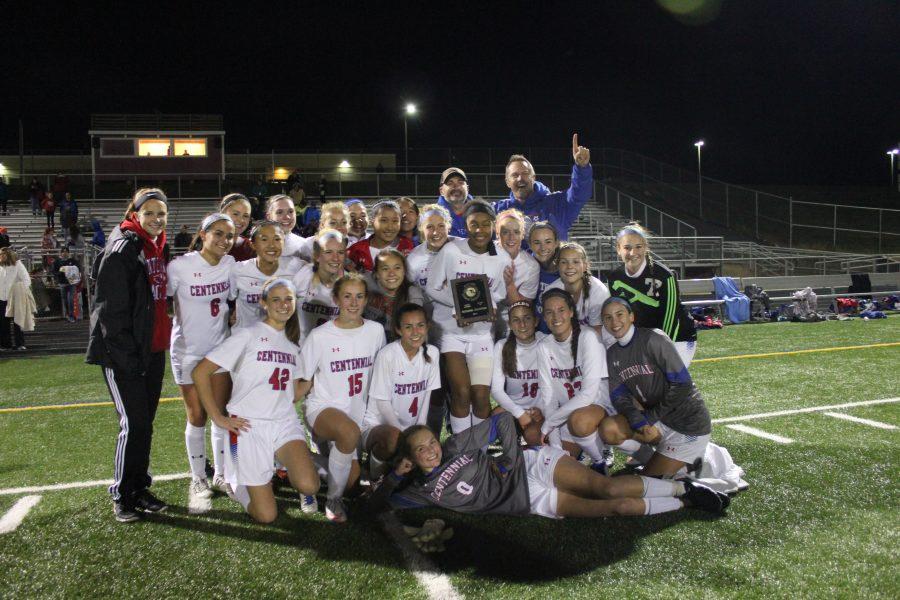 Centennial started off the half with a huge desire to crush the Owls. They quickly put three goals in the net. Junior Kelli Dunagan passed the ball to senior Jasmine McCree for the first goal of the game that gave the Eagles a boost of morale. Shortly after, sophomore Mckenna Griffin received a ball from McCree and flew by multiple defenders to give Centennial a 2-0 lead. However, the Eagles were not done yet. They kept up their intensity and scored yet another goal by McCree. Although no goals were scored for the rest of the half, the Eagles did not let up their offensive attacks.

In the second half, the Eagles suffered a devestating injury. McCree injured her hamstring, and Coach Baxter put in freshman Sarah Sophchick. Sopchick had a stellar game, and scored a unassisted goal to give the Eagles their fourth and final goal.

Centennial will move onto the State Semi-Finals on Saturday, November 12, against Urbana High School.