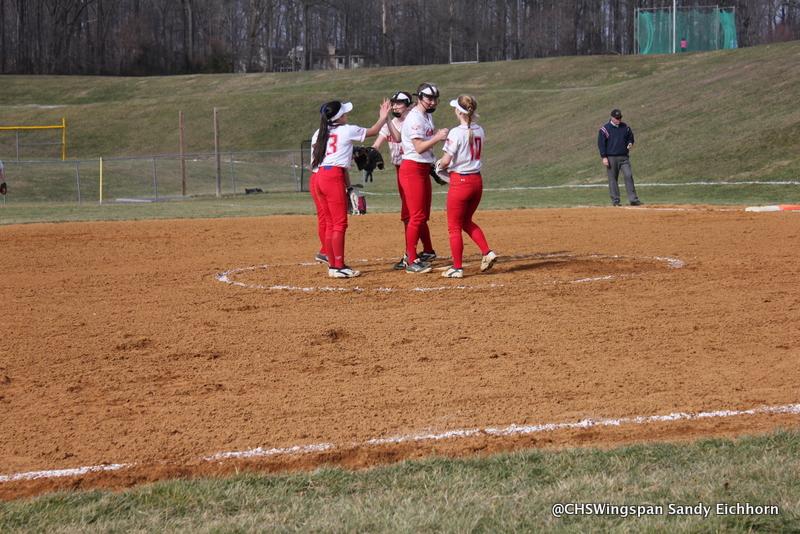 Words and Photos: Sandy Eichhorn
Centennial’s Varsity Softball team kicked off the season with a victory over the Wilde Lake Wildecats on Tuesday, March 21.

Despite the slow start, the Eagles took the lead after senior Caroline Strott and freshman Sarah Phelps each scored a run. The Eagles held this 2-0 lead until freshman Sarah Allen scored off of a hit by junior Gracie Rockefeller.

Wilde Lake generated some scoring opportunities but with key plays from Bennett and Rockefeller, the Eagles kept them off the scoreboard.

The Eagles scored two more runs to end the game from senior Celina Jensen and Rockefeller, defeating the Wildecats 9-0.

Centennial will play against Howard High School on Thursday, March 23.