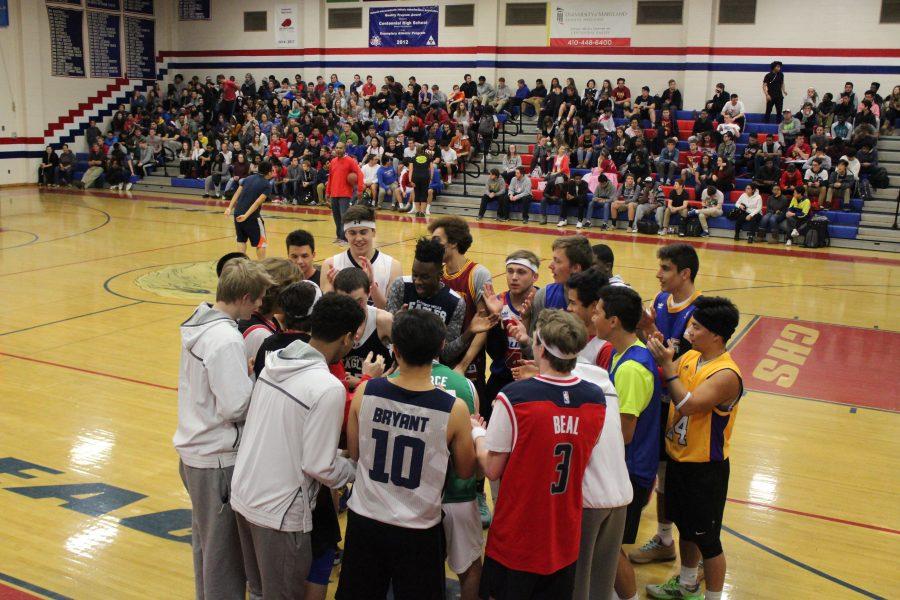 Homewood quickly took the lead in the opening play of the game and continued to put points on the board. Centennial responded with strong passes and teamwork but was unable to take the lead. Centennial trailed 13-10 at the end of the first quarter.

During the second quarter, Collier started the Eagles off with a basket while Pellegrini and Burk also helped close the gap between the teams. Despite their best efforts, Centennial went into the locker room behind 23-17 at the half.

During halftime, Matthew Na energized the crowd with his halftime dance party. Centennial fed off this energy and was able to take the lead in the third quarter after Graves hit two foul shots. Homewood quickly responded with a three point shot and once again took the lead. The Eagles fought back, with Narmouq, Pellegrini, and Haug putting points on the scoreboard, but Homewood made impressive three point shots to keep them ahead. Centennial went into the fourth quarter behind 37-31.

The Eagles came out hard in the fourth quarter with Burk putting up two, Graves with four, and Haug with seven. However, the crowd agreed with emcees Meg Thompson and Rachel Mathew about Centennial’s lack of defense, and Homewood continued to score relentlessly.

Centennial ultimately fell to Homewood, 55-46. After the game, the teams participated in a dunking competition and a three-point contest where Centennial won the former and Homewood the latter.