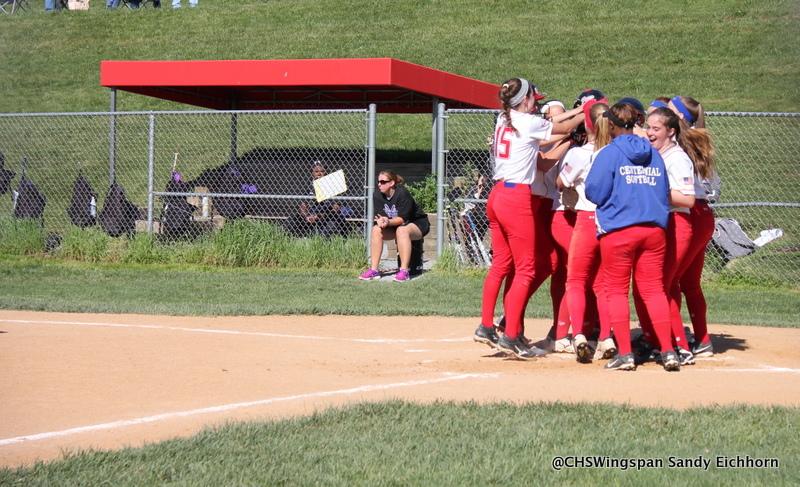 Each senior was escorted on the field by their families and were given gifts from the team.

The first inning set the stage for the rest of the game as the Lightning quickly got three runs against the Eagles defense. The Eagles answered with an RBI from Jensen that sent junior Gracie Rockefeller home. Freshmen Sarah Phelps and Caroline Strott helped send two more runners in, and Phelps scored off of a walk. At the end of the first inning, the Eagles led 4-3.

At the bottom of the second, freshman Lauren Morcette hit one over the fence two get two more runs for the Eagles. Freshman Olivia Reese stole home, giving the Eagles a four run lead over their opponent.

The Lightning did not give up and scored four runs in the fourth inning, closing in on the Eagles lead.

In the fifth inning, the Lightning tied the game at ten, but the Eagles scored two more runs and kept a 12-10 lead.

The score remained the same going into the seventh inning. The final inning was a nail-bitter. Long Reach took a 13-12 lead, and the Eagles needed two runs to win the game. Jensen hit yet another RBI, which sent sophomore Grace Bennett home, tieing the game at thirteen. Freshman Sarah Sopchick ended the game when she stole home.

The Eagles won their Senior Night 14-13 in an impressive showing.