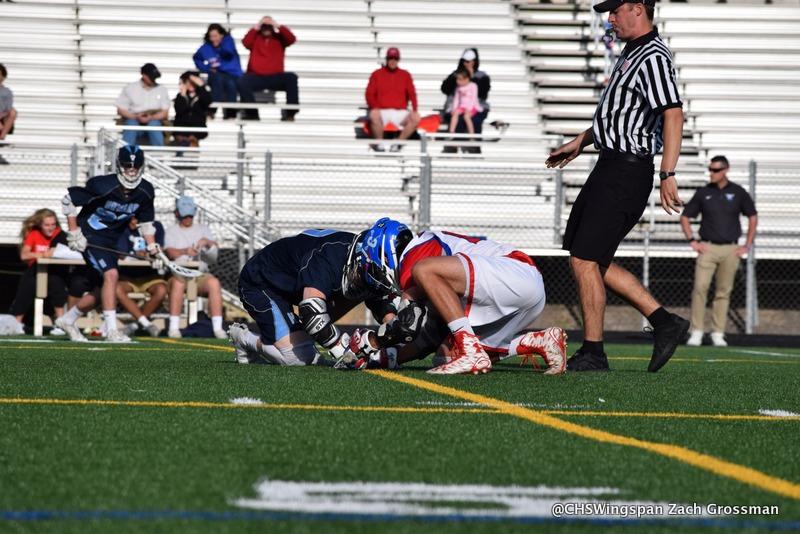 Words and Photos: Zach Grossman
On Tuesday, May 2, the Centennial Eagles Boys’ Lacrosse team had an exhilarating 6-4 win over Howard High School on Senior Night. Seniors Mason Smith, Josiah Gavlin, Tommy Kolp, and Michael Klein were escorted by members of their family to the center of the field and took a group photo with the coaching staff.

The game began with an early goal from sophomore Peter Krawczyk, giving the Eagles an extra confidence boost. Though the game went back and forth, the Eagles’ offense, led by junior Jeremy Wilson and Krawczyk  gave the Eagles an offensive edge.

The defense also performed extremely well, only letting in four goals. Junior goalkeeper Jack Schlossberg and the team’s defense contributed to the win.

The team’s next game is on Friday, May 5, at River Hill.