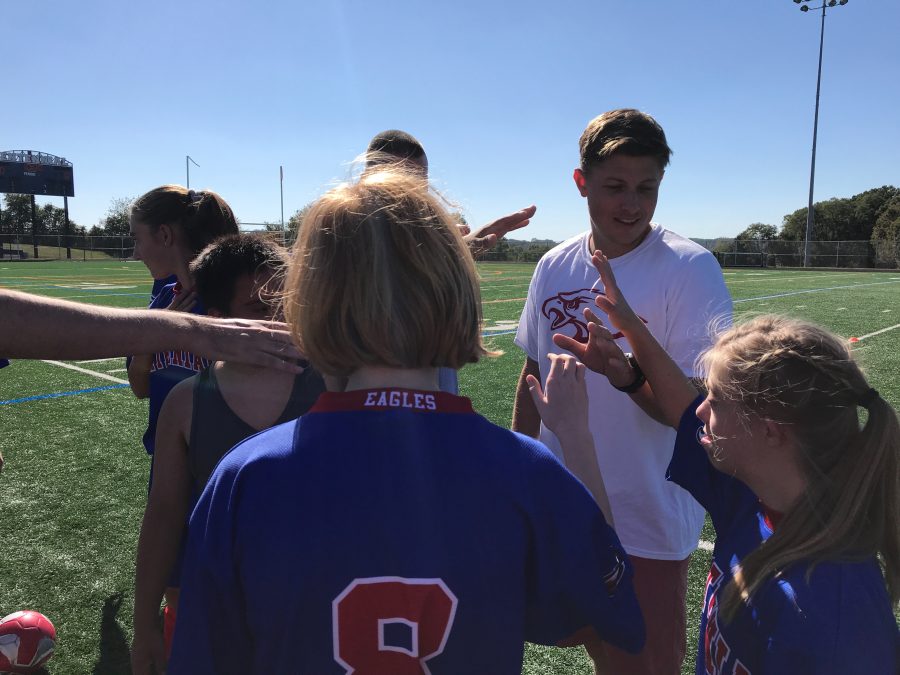 On Wednesday, October 4, 2017 our Centennial allied soccer team suited up to play the visiting Reservoir Gators.

The Eagles came out strong on both sides, with junior Ian Winters controlling the defense with senior Mike McCarthy as a reinforcer in goal. During the third quarter the defensive end received a mixup with Yousef Tuni taking a turn as goalie with junior Evie Howser-Doty as his help on defense.

Centennial’s offense was unstoppable, with Howser-Doty leading the scoreboard with four goals. Senior Matthew Na also put up two goals of his own, as well as senior Dominic Roybal with one in the fourth quarter.

Ultimately, our Eagles came out on top, finishing 6-2 at the sound of the last buzzer. This game continues their winning streak.

Allied soccer’s next game is Monday, October 11 at 3 PM, at home against Atholton.