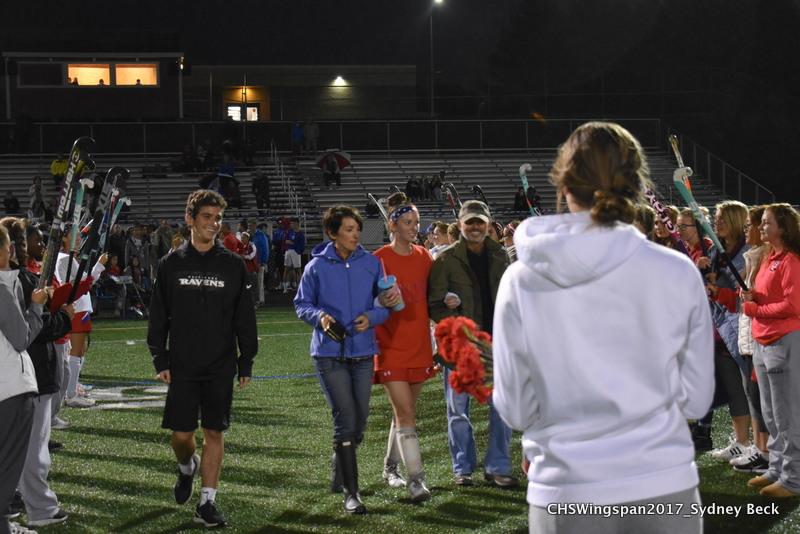 Photos: Sydney Beck / Words: Eliza Andrew
After countless days of long and tiring practices, late nights at away games, and many times of irreplaceable memories, the senior class of 2018 is now able to say goodbye to the team that has served them well for the past 4 years. Centennial’s varsity field hockey team played their last home game on Thursday night, against the Marriotts Ridge Mustangs. The 11 seniors, Lauren Muma, Camden Blevins, Samantha Dippel, Ally Parisi, Callie Andrew, Gracie Rockefeller, Julia Grable, Zahraa Hotait, Kate Reis, Grace Rout, and Meg Thompson (accompanied by their manager, Sarah Kruhm), all had their time in the spotlight as each of their names were called out before their game.

The first half of the game, was neck and neck, with the Centennial defense playing very well. The score at halftime was 1-0 in favor of the Mustangs. After the break, both teams came out stronger than ever. The game was tough for both teams, but in the end, Marriotts Ridge came out with a 4-0 victory.  We congratulate the seniors on a great four years! 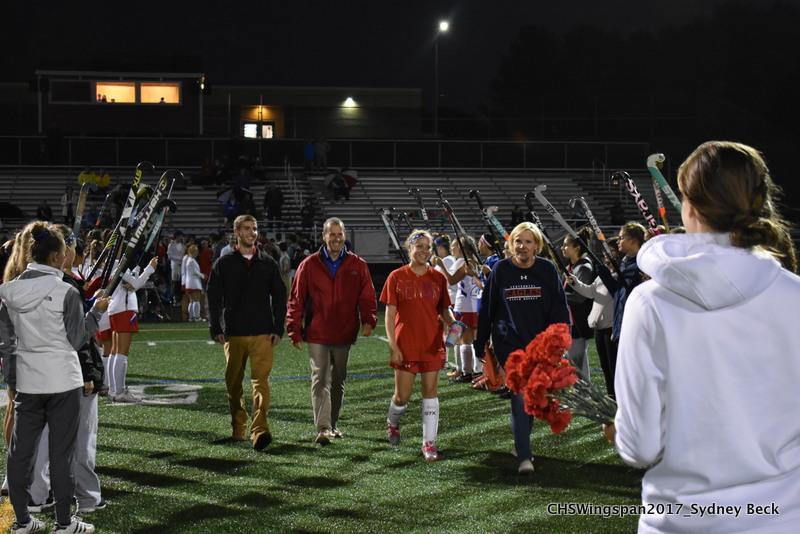 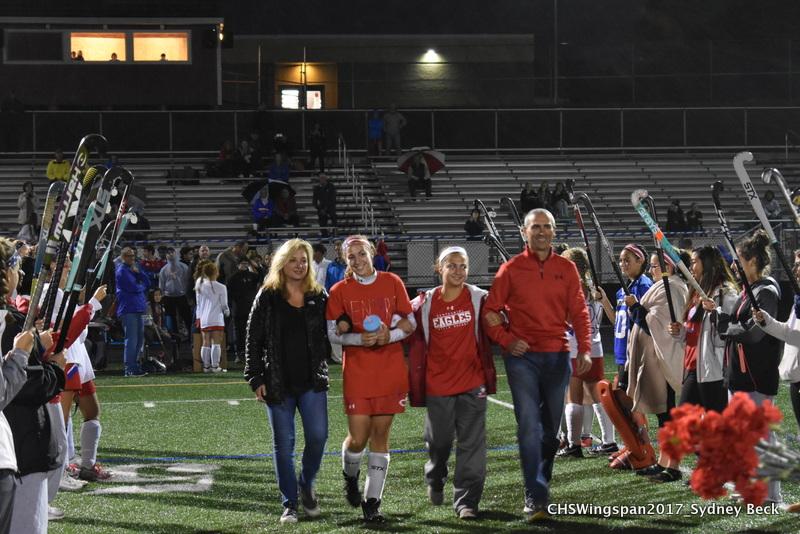 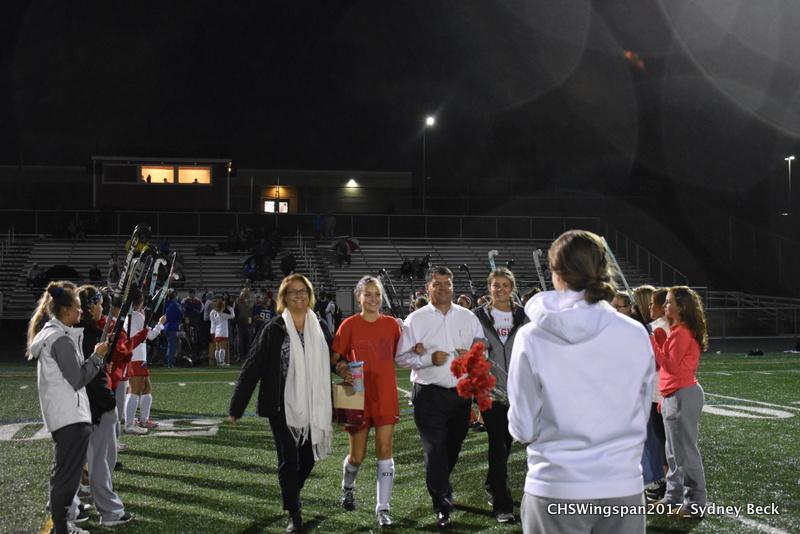