Centennial Football is Defeated by Howard Before Homecoming

Photos and Words: Hibah Khan
The 2017 Homecoming Football Game was on Friday, October 13 at Centennial High School against Howard High School. Although the final score of the game was 26-14 with Howard on top, the bleachers were filled with students from Centennial who came to the game to support the JV Football team. Junior Siheir Coleman scored two touchdowns for a total of twelve points. After the first touchdown, Centennial coaches decided to go for a two point conversion, sophomore Justice Murrell ran the ball into the end zone adding two points to the score board. In honor of Homecoming, the marching band dressed up as Star Wars characters for the Halftime Show. Win or lose, it was a fantastic Friday night for the Centennial Eagles, full of spirit, laughs, and a good time. 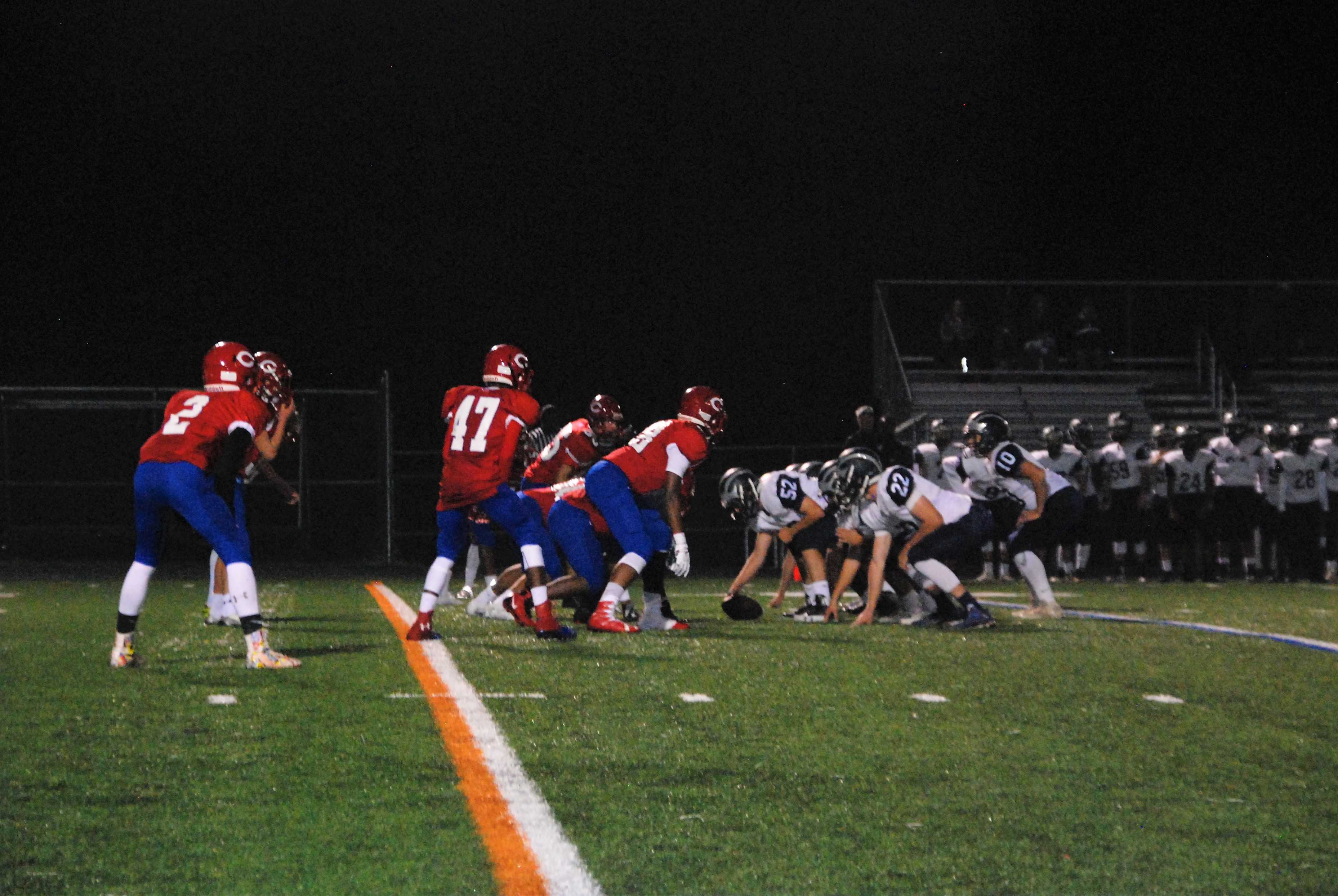