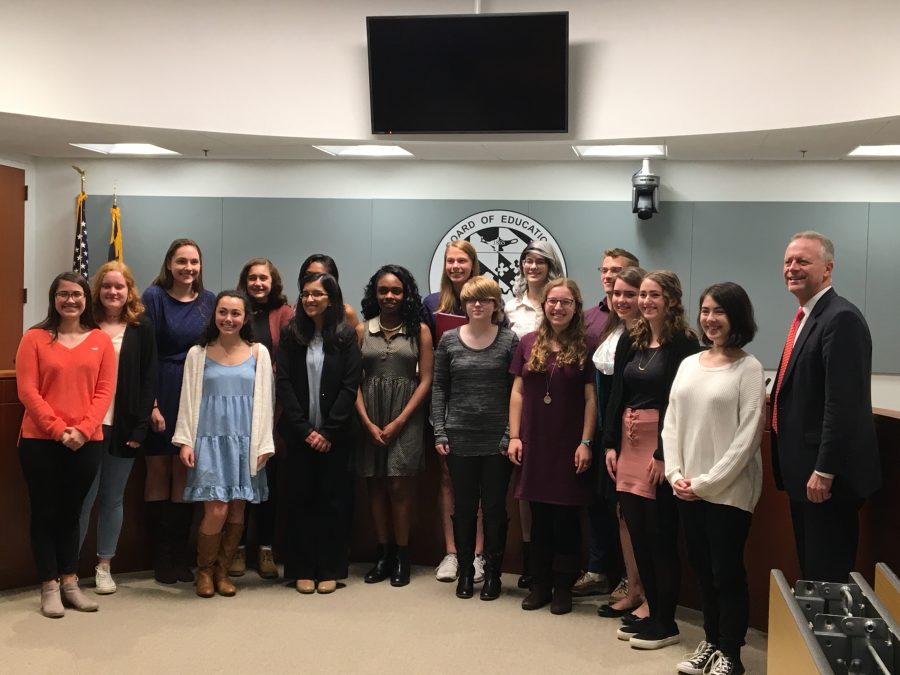 On Thursday, October 26, 2017, Interim Superintendent Dr. Michael Martirano met with high school journalists for a press conference at the Board of Education to discuss topics that students were concerned about.

Martirano began the conference with opening remarks, asserting himself as an “extremely student-centered leader.”

Students brought up topics such as the promotion of mental health in the school system, dropout rates, language barriers, overpopulation and redistricting, and technology in the classroom.

When asked about the modification of the vision statement to include the emotional well being of students, Martirano confidently stated that he believes that there needs to be a balance between academic work and achievements as well as students’ emotional well being.

“I want every young person to feel comfortable in school,” said Martirano. “Children need to feel comfortable in school before that educational process can occur. If the students don’t feel a sense of belonging, and being safe and taken care of, then that really starts causing great hindrance to the achievement of academic goals and being a productive citizen of society.”

He added that the county has even added positions within the upper administration to promote the wellness of students. In addition to promoting wellness, Martirano stated that he hopes for the school system to become a “pluralistic society… where everyone is valued within that community.”

When asked about overpopulation and redistricting, Martirano relayed that the three most overpopulated high schools are Centennial, Long Reach, and Howard. He stated that they intend to offer opportunities to relocate students from those three schools to schools like River Hill and Oakland Mills, which have empty or low-attendance classrooms.

There are four viable plans to manage overpopulation and redistricting currently being reviewed by the Board; however, Martirano shared that the school system does not intend to redistrict the entire county until construction of High School 13 is underway.

Throughout the meeting, Martirano commented on numerous other topics. He shared passionate aspects and visions to improve early childhood opportunities to combat potential student dropouts. He also shared a vision of community outreach for parents who have a hard time comprehending the English language. Martirano reasoned his passion by stating that “parents are the primary teachers.”

Because so many schools in the county are overpopulated, technology resources are outdated. Martirano said, “we have not kept up with the technology needs of the 21st century school system.”

According to staff members in several schools around the county, the Howard County Public Schools System does not have sufficient technology resources to match the student population. Martirano stated, “When we have such high performing schools and we have technology needs, I find that unconscionable.”

According to Martirano, the school board recognizes these issues fully and is looking to make change, but technology also equals money.

HCPSS has an annual budget of $820 million dollars, and Martirano expressed that incorporating technology resources into the budget is a “…very heavy lift from a financial point of view. So if you’re not keeping up with the replacement cycle, and you don’t have a strategic plan, once again, another issue is coming right square on my desk.” Although Martirano admitted that “we need to do a better job,” he also explained that the school system must “balance priorities.”

Changes and improvements will come progressively, but the issue is something that concerns Martirano. “It keeps me up late at night because our students don’t have the tools at the level at which I would expect the optimal learning environment to occur.” Martirano said he is “firmly driven by taking care of young people’s needs.”

Martirano has empowered his technology leaders to solve the myriad of issues surrounding technology. “I have individuals right now who are overseeing my technology department to begin the development of a strategic plan.”

Martirano ended the conference with closing statements about his vision for HCPSS.

“I see our [school system’s] best days ahead of us.”