Centennial Splits Tri-meet On The Road 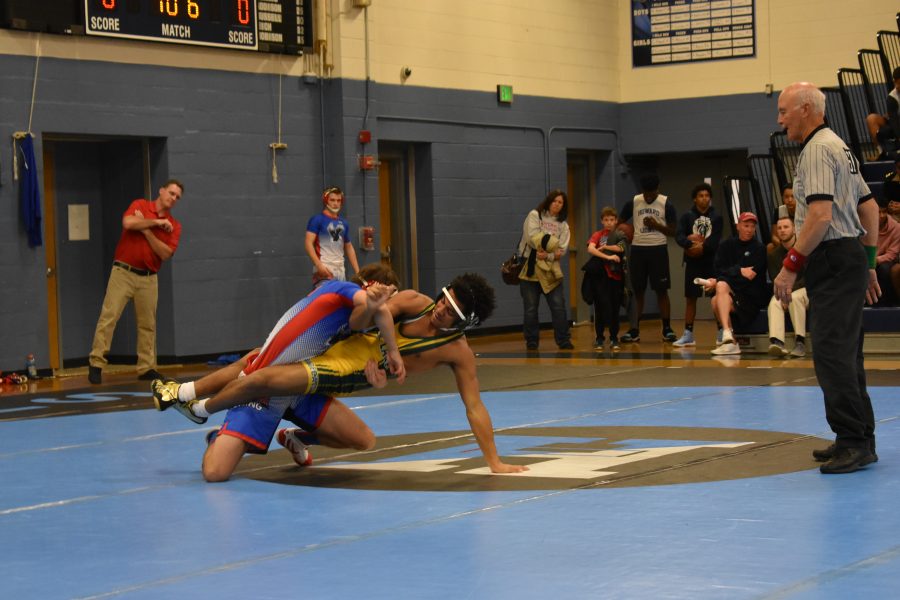 The team began the night wrestling Wilde Lake. They came out on top winning with a total team score of 72-12. Many of the wrestlers on the team finished their matches with pins.

Junior Jordan Carton and sophomore Zach Grossman finished their matches with impressive pins in the third quarter adding to the growing team score.

Centennial finished the meet wrestling Howard. They lost with a total team score of 35-47.

Both team captain Jacob Blyukher and Zaid Narmouq had important matches that helped contribute to the overall score. Blyukher won his second match with a technical pin in the third period while Narmouq won his with a pin in the first period.

When asked who had the most impressive matches of the night both Blyukher and Narmouq agreed on 106 pound wrestler, Christopher Lee, who won both of his matches with pins in the first period.

“He stepped up. First year guy, got pins, and did what he was supposed to do” said Blyukher.

Even though both matches did not turn out as wins Narmouq saw improvement from his teammates since last week’s match.

“We are improving everyday at practice and I hope we get better as a team” said Narmouq.

The team hopes to rebound in their next match on Thursday against River Hill High School.