Sharbaugh Wins Teacher of the Year for First Time 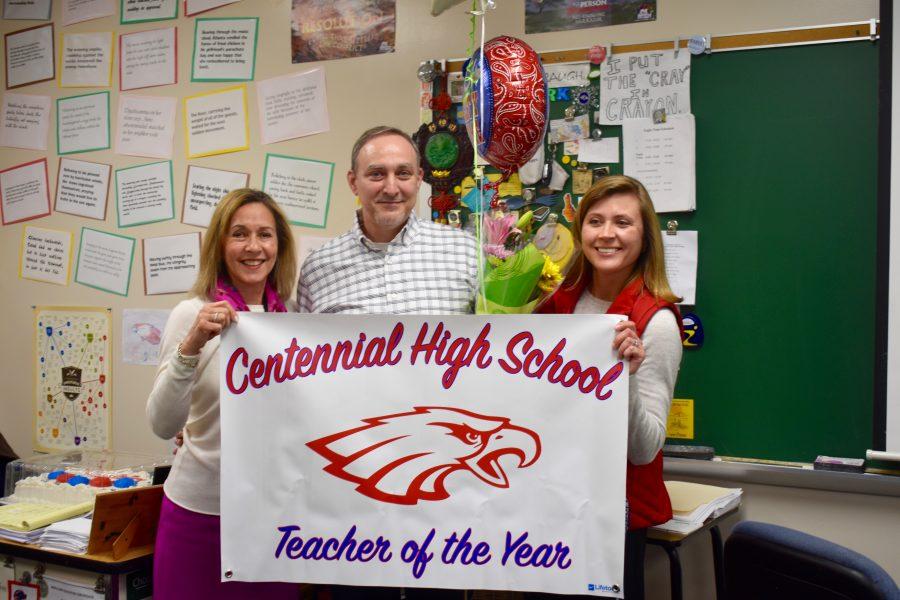 Words: Meghan Moore
Photos: Laila Abu-Ghaida
On February 14, Centennial seniors showed their love for their 2018 teacher of the year: John Sharbaugh. Sharbaugh teaches ninth grade English, and he came to Centennial when this year’s seniors were freshmen.

Voting began in senior English classes during the last week of January. The award is very meaningful to teachers, as it’s proof that they’ve made an impact on the lives of their students. It symbolizes the relationship that a teacher has built with their students over the years.

Walking through the English hallway at Centennial, one can see how Sharbaugh interacts with the students. He can be seen joking with students, making people laugh no matter what.

When Sharbaugh was revealed to be the winner, a student government member read some of the things students said when voting for him. They mentioned how he changed the way students viewed English and that he made writing fun.

“His class was never boring, I never dreaded going to his class,” senior Saraiah Khaled shared.

As Teacher of the Year, Sharbaugh will be the keynote speaker at graduation in May. Congratulations to Sharbaugh from the Wingspan team.