EXCLUSIVE: Up to Code? How ADA compliance throughout the county affects students and their high school experience 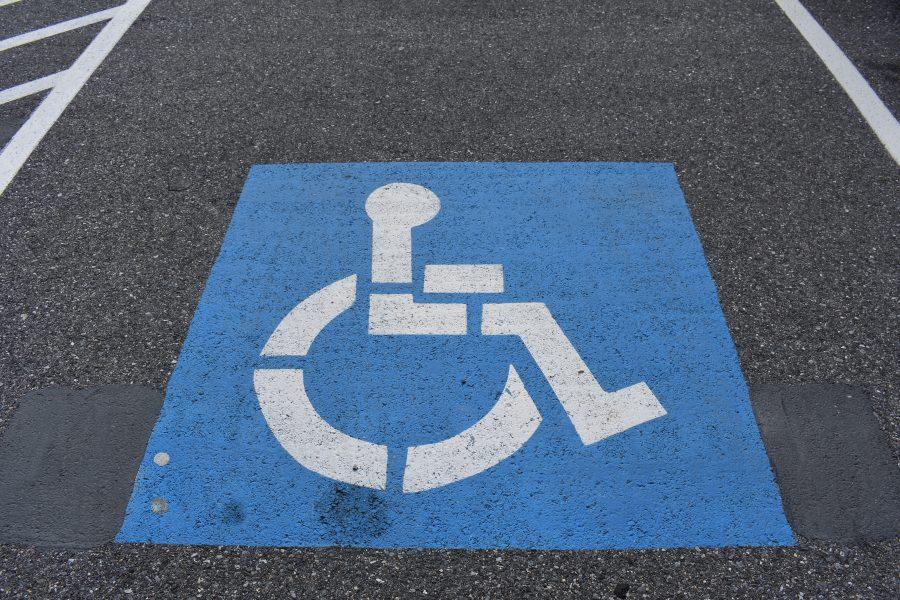 For decades, Centennial High School has been a home for students with disabilities. Whether it be blindness, or other physical handicaps, Centennial has provided a place for these students to receive the best education possible.

However, because Centennial was built prior to 1990, when the Americans with Disabilities Act became law, accommodations have been provided for these students on an as-needed basis, often leading to challenges that have potentially compromised their experience at Centennial.

The Americans with Disabilities Act became law in 1990. This civil rights law prohibits discrimination against those with disabilities in all areas of life: employment, housing, transportation, and most importantly, schools. ADA compliance ensures that people with physical disabilities are granted public accommodations. School systems nationwide are expected to comply with the regulations set forth by the ADA. However, what about the schools that were built prior to 1990?

The Howard County Public Schools System has 12 high schools with another to be built in 2022. The oldest high school is Howard High School, which opened in 1952. Centennial began construction in 1976, and was completed and opened in 1977. This was nearly 20 years before ADA became law. Not only are these older schools not built to modern ADA compliance, but they are only required to maintain standards for facilities built before 1990. This means that the standards of these schools don’t correspond with the most current regulations.

Centennial principal Claire Hafets stated that schools do not have to meet current regulations once they meet the standards from the year they were built. In addition, the Office of Civil Rights decides when schools meet those regulations, and that varies throughout different high schools.

“Obviously [compliance] looks a lot different here than it does at other schools that are newer,” Hafets stated.

Hafets explained that little things like doors to classrooms begin to stick and become more difficult to open; however, Pierre van Greunen, HCPSS Safety and Risk Management Officer, explained that oftentimes the county is not aware of these seemingly minor issues until an inspection is completed. Van Greunen went on to explain that once they find complications, they are then repaired.

“Many times we are not aware that they [the doors] are not working properly until an inspection has been done. They are repaired or replaced upon learning of their ineffectiveness…inspections by the State of Maryland Office of Equity Assurance and Compliance for ADA and Title IX occurs every 10-12 years,” he stated.

Hafets said that when the school receives a request for accommodations, it sends the request to the county level where it is processed.

“We complete a form and request the accommodation from the appropriate office– Grounds, Facility, Carpentry, etc.,” she said.

“He can’t push hard enough for the door not to hit his chair… but it’s his ‘normal,’” Hanssen said.

There are some advantages to being an older school when it comes to ADA regulations. Centennial has larger classrooms, and wider halls for students to navigate, as well as more space between bookcases in the media center. But since Centennial is overpopulated by about 200 students, that extra space in the halls doesn’t really make a difference. Besides, the negatives of the situation outweigh the positives.

Auditoriums in schools like Marriotts Ridge and River Hill have wheelchair-accessible ramps leading up to the stage. Centennial only has steps. Although it seems that older schools like Centennial are always at a disadvantage when it comes to compliance, van Greunen noted that HCPSS does not determine what one school needs based on what another one has.

“Comparing a school like Centennial to [newer] Marriotts Ridge is not an apples to apples comparison. They are different designs built in different years,” van Greunen continued. “Instead, [HCPSS] determine[s] if Centennial is meeting the needs of the students and staff in that building just as we determine if Marriotts Ridge and every other school is meeting the needs of students and staff.”

Van Greunen believes that the county takes a proactive approach when making accommodations for students by working with staff as well as the families of students who require specific accommodations; he also mentioned that general compliance is not always what works best for students.

“General compliance isn’t always the solution that is required to meet the needs of individual students,” he said. “This is why school staff work alongside maintenance staff and the family to ensure that any additional accommodations above and beyond ADA compliance are met.”

Hanssen’s experience has been different.

“That quote [van Greunen’s response] is not characteristic of my experiences,” Hanssen stated.

Hanssen shared that he has only spoken to someone outside of Centennial about his son’s situation two times. In addition, he felt that his perception of Centennial’s compliance was “skewed” due to issues at Noah’s middle school.

“There were a lot of promises made for the building and for accessibility, and they were just put off until he left; accommodations were never enacted.”

However, Hanssen felt that Hafets is supportive and does what she can for his son.

“Ms. Hafets has been very cooperative… when the problem’s brought up, she sends the stuff out and we’ve had people come in [to fix them],” Hanssen said.

In addition to Hafets, Karol Moore, a physical therapist for HCPSS, who has been with Noah for nearly 10 years, is a big support for the Hanssens.

“She’s been the person that’s the most involved with Noah…[Moore] always comes around to find out what she can do. She’s always been a voice, and advocate for Noah,” Hanssen shared.

Van Greunen mentioned that ADA standards do not necessarily always require the accommodations in each building.

HCPSS has taken a very adamant stance in favor of equity for all students. According to  the HCPSS Strategic Call to Action, as published on the county website, there are four overarching commitments, one of which being “an individualized focus supports every person in reaching milestones for success, [where]…each and every student receives a high-quality education through individualized instruction, challenges, supports and opportunities.”

Van Greunen noted that this is a driving force of their focus.

“We are ensuring that our school buildings meet the needs of every student,” he said.

According to HCPSS Policy 6020: School Planning/School Construction Programs, “The Howard County Public School System (HCPSS) employs sustainable design construction that supports educational program needs and creates a safe and nurturing environment for students and staff within allotted budgetary resources.” Essentially, this policy ensures that all schools prove to be a safe and nurturing environment regardless of when they were built.

“It’s true that newer buildings are constructed with many accommodations that were not required in 1977,” van Greunen shared, “we overcome that by working closely with Centennial staff and families to make modifications to the building that allow for a safe and nurturing environment to be created.”

Hanssen once again shared that this was not his experience when dealing with staff at the county level.

“It’s not ideal, it’s not perfect. There have been some improvements made, but for my son, he’s the only manual wheelchair user in the school. His experience… intrinsically is not the same as other students.”

This exclusive piece is featured in the February issue of  The Wingspan click here to see the full issue!