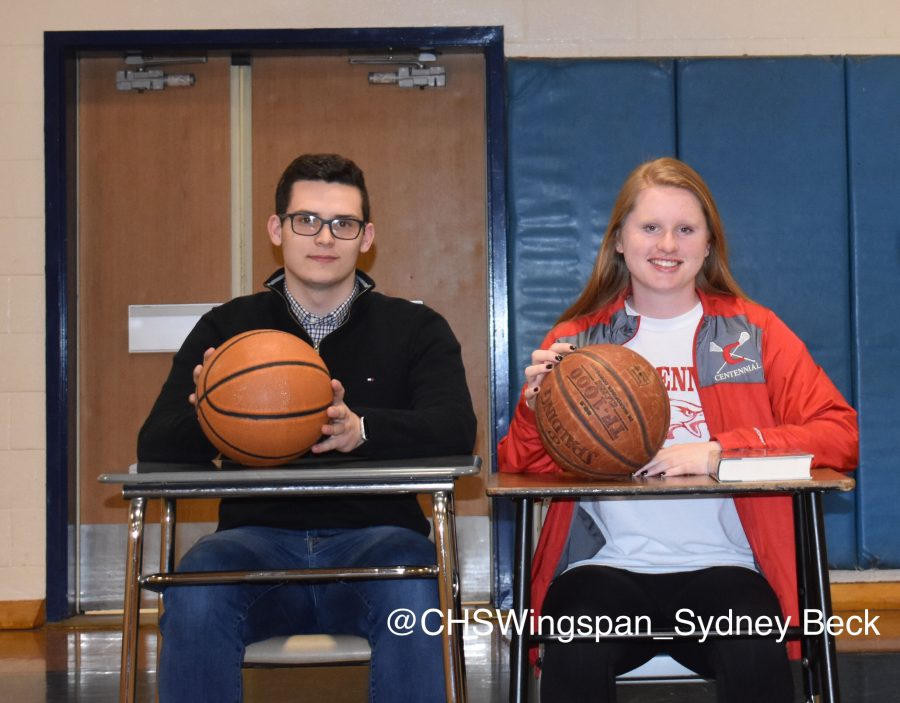 Many of Centennial’s athletes have recently earned Academic All-State Team recognition in basketball, with all of them coming from Centennial’s varsity teams. From the girls’ varsity team, seniors Mary Grace Lambert and Gracie Rockefeller were recognized. The others recognized, from the boys’ varsity team, were juniors Cameron Berkeley, Ryan Hollwedel, Matt Merkey, and Michael Kefyalew, along with seniors Kaleb Addisu and Sean Taylor.

All eight students have worked very hard to reach this point, taking three to four of their high school years to accomplish this goal.

Despite the eight of them achieving the same goal, each player boasted of different aspects that contributed to improving their athletic performance and educational integrity.

Lambert, one of the captains for girls’ varsity basketball, exclaims how grateful she is for others who have helped her along the way.

“I would just like to say thank you to my teachers, parents and coaches for supporting me and helping me, and the school for always supporting student athletes,” Lambert disclosed.

Rockefeller, the other captain for girls’ varsity, was more focused on her recent improvement and her ability to prove herself worthy of her position as captain, even though she was not given much playing time last year.

“I feel proud that I was able to make a bigger impact on the court this year.”

The girls were not the only ones who were proud of their achievements. Robert Slopek, their varsity coach, spoke highly of his captains.

“They were committed to making our program the best both on and off the court. They are both great examples of student-athletes. They complete their work and do a great job balancing their time,” Slopek praised.

Beyond the incredible accomplishments from girls’ basketball, several varsity basketball players from the boys team feel just as proficient in reaching the All-State level and express the commitment and hard work required to become successful student athletes.

Sean Taylor, a common name in the starting five for Centennial varsity, openly shared the challenges he faced to obtain the elite achievement.

“Playing basketball is what I love to do but doing well in school and getting good grades is something I pride myself on,” Taylor revealed. “To reach this level took hard work and some afternoons or nights that were homework filled and time-consuming.”

While Taylor described his struggles as a student athlete, his fellow player, Cameron Berkeley, divulged his belief that the accomplishments of the selected players were due to the effort and endurance of the entire team, whether it be on the court or in the classroom.

“It is incredible to be recognized for any accomplishments and as a team it was important that we took care of the academic side of being a student athlete in order to focus on our performance on the court,” Berkeley commented.

Centennial High School students and staff are very proud of the achievements of the school’s student athletes, and hope to see many more students emerge as leaders in their own sports.