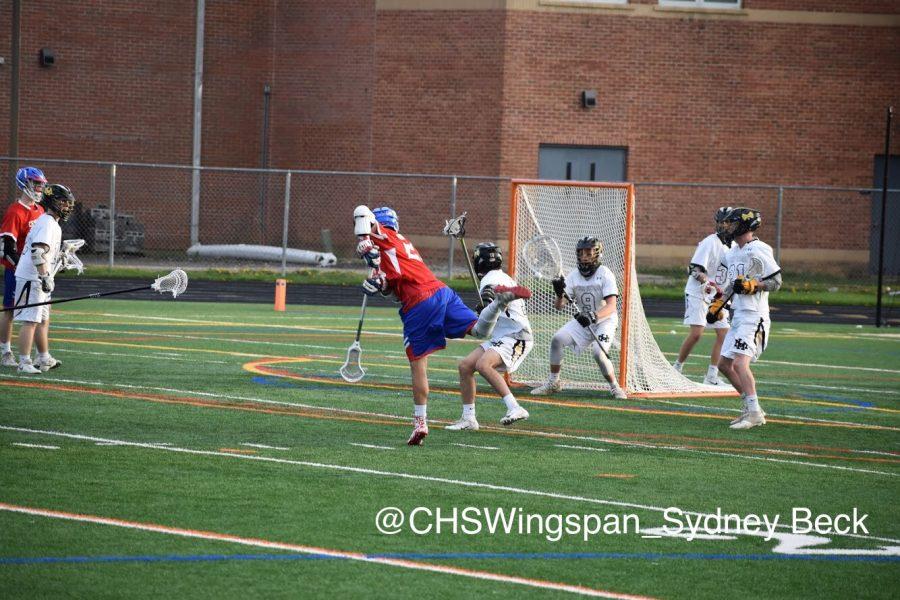 The game started off with a quick goal from sophomore Connor Carpenter. From there, the Eagles took off, scoring one goal after another. Hebron answered with three goals of their own, however, the deficit proved to be insurmountable.

Senior goalie Jack Schlossberg had an impressive run in the goal saving the majority of shots on goal. Captain Jeremy Wilson was a key player on offense who kept the ball in the Eagles’ possession through the game.

The Eagles’ defense stepped up by playing an aggressive defense that kept the Vikings from getting opportunities to take many shots on goal.

The Eagles take on Fallston High School at home on Monday, April 30.