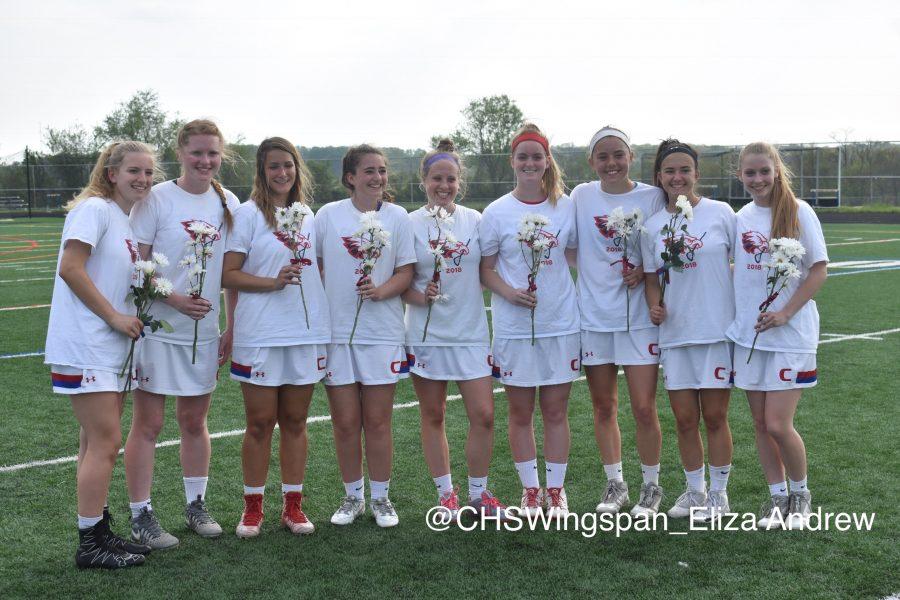 The Mustangs came out strong, scoring the first goal of the game within the first 13 seconds. The Eagles struggled to keep up until senior attacker Julia Yates scored a stealthy first goal, bringing the score to 5-1. Ten minutes into the game, Eagles called for a time out after losing steam and falling farther behind. Feeling tired yet more determined than ever, the Eagles re-entered the game hopeful to make a comeback.

Junior Marissa Lagea scored her 100th career goal, making the score 10-2 with five minutes remaining. In the final minutes before the half, the clock continued running during each goal transition with Mustangs in the far lead.

At the end of the half, the Mustangs lead the Eagles at 16-2. Head coach Bethany Cunha inspired the team to keep their heads up as they sat in a circle and cooled down.

Despite the hard fall to the Mustangs, the Eagles played an intense game and enjoyed their final farewell to seniors.