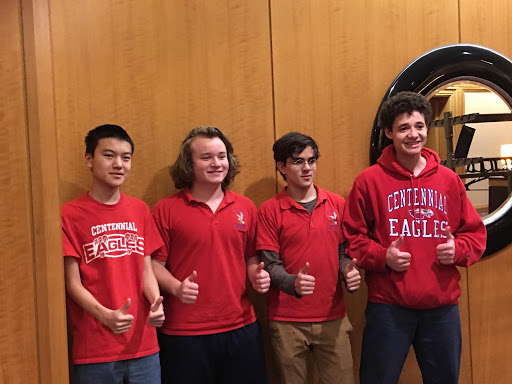 The competitions, though fun and exciting, progressively became more difficult. Goolsby explained, “While most of the games were easy victories, as the day wore on, we faced harder and harder teams and we had many close games. In fact, during the decider match, we lost the game by one question.”

Regardless of their loss, the team had another game the next morning, which only Duan attended. Duan managed to single-handedly crush the opposing team to secure 7th in the nation for the team. In addition, Duan won 4th in the nation for the individual competition. The team’s members are appreciative of the amazing efforts of Dr. and Mrs. Seifter, their coaches, who have been a key aspect of the outstanding success of the It’s Academic team.