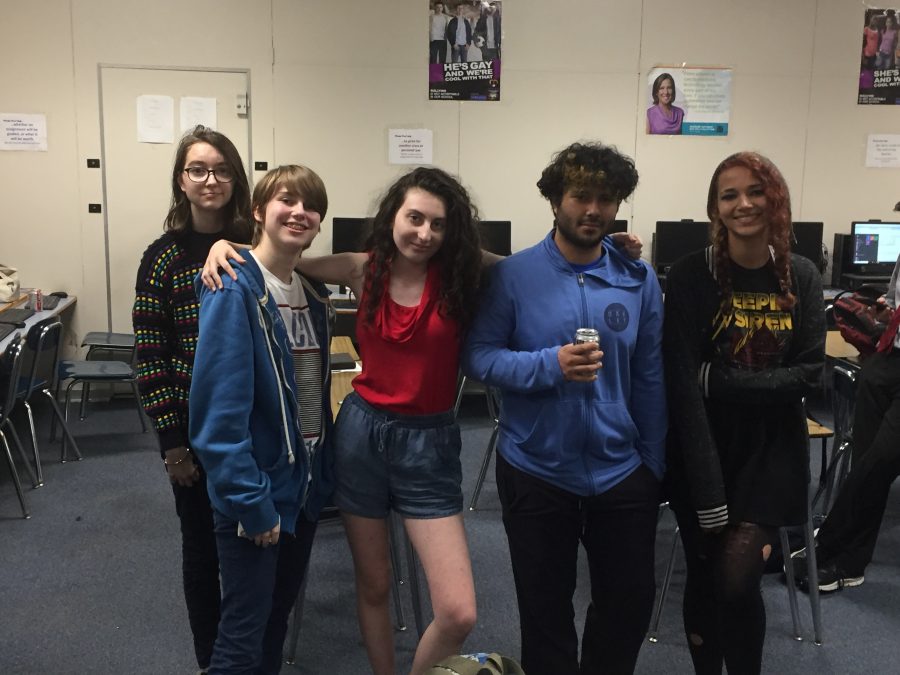 “I’m going to do everything gay,” declared sophomore Lauren Aylaian. She is already well on her way to achieving her goal — the first weekend of June, she attended a concert featuring Hayley Kiyoko, a pop singer nicknamed “Lesbian Jesus” by her fans.

Many students in the GSA, Aylaian included, plan to attend D.C. or Baltimore Pride, festivals to celebrate being out and proud.

Sophomore Eduardo Luiggi Rosa said, “It’s all about being able to celebrate who you are, no matter what you are.”

“There’s so many people out there who are ashamed of who they are just because of their sexuality,” said sophomore Jayden Bolden. Many queer people are hesitant to disclose their orientations or identities, fearing backlash and ostracism.

Bolden continued, “They really shouldn’t be because your sexuality is who you are, and you should be proud of yourself.”

Despite the parades and festivities, LGBT people are often erased from media and popular culture. The small percentage of gay and transgender characters in shows and movies are usually played by actors who do not identify as such. Centennial’s LGBT students want to increase visibility and representation of their community.

“Gay pride is like, ‘Actually, we exist!’” said one student.

Aylaian hopes that in the future, LGBT youth will not face pressure for being minorities. She explained, “They don’t get to be themselves for so long, so to be able to have a month just to express themselves fully … that’s what gay pride is all about.”