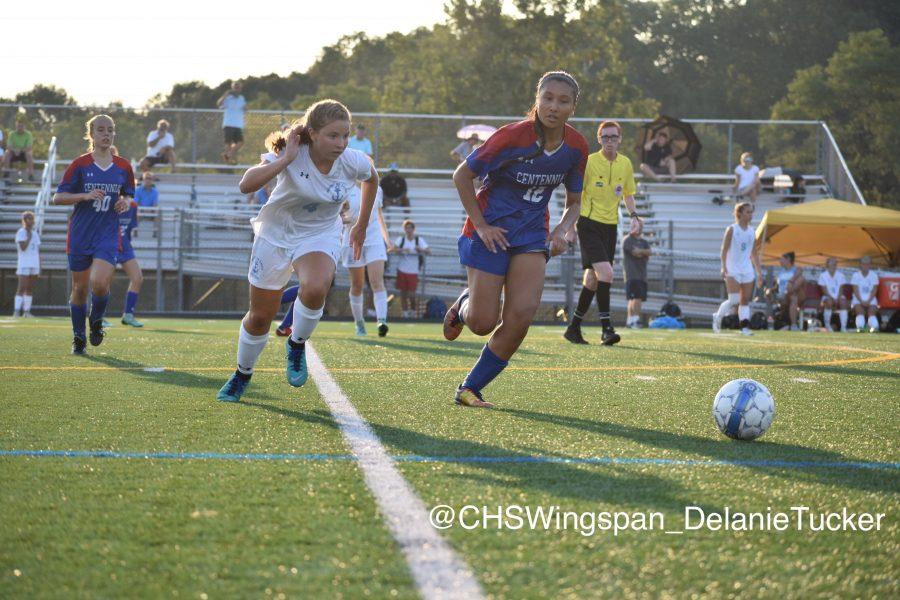 The ball traveled up and down the field as the Eagles played a back and forth game of offense and defense. Several minutes before the half, Junior Leah Alkire scored the first goal of the game.

After a break at the half, players returned to the field hopeful and prepared to win. Eagle’s defensive players consistently pushed the ball towards the offense, allowing several players to take their shot on goal.

The game came to an end with a final score of 1-0.