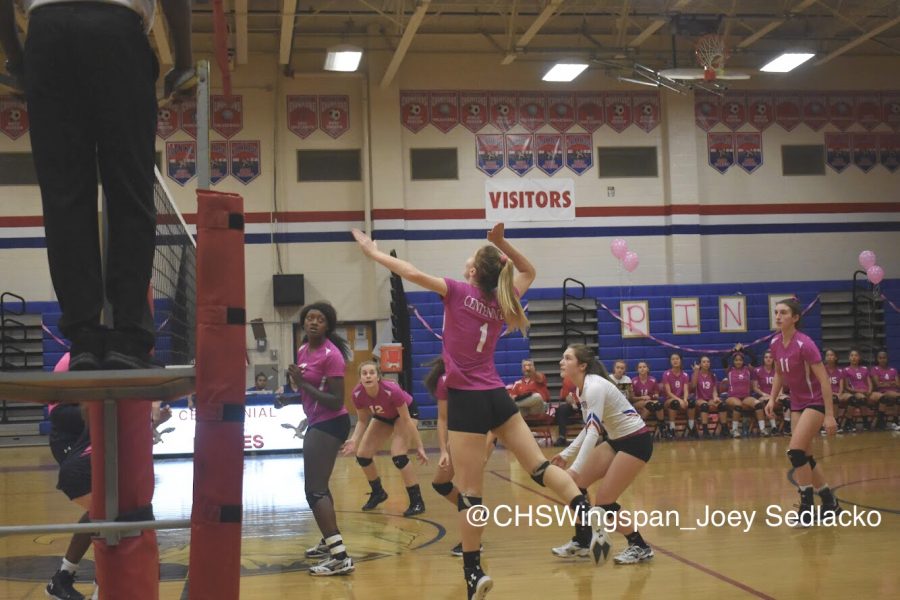 Throughout the first set, Centennial made several errors due to a lack of communication. They struggled finishing numerous energizing rallies, despite junior Gabriella Dipasquale’s three defensive digs. Centennial lost the first set 25-22.

Reservoir entered the second set with great momentum. After taking a quick 7-1 lead, Centennial coach Michael Bossom was forced to call a timeout and regroup. Moments later, Centennial went on a 9-0 run and Reservoir was unable to recover. The Eagles won the second set 25-21 due to junior Sarah Allen’s five kills.

Despite senior Emily Dewhurst’s several kills, Centennial lost the third set by a score of 25-18.

Senior and team leader Jackie Sterenberg knew what had to be done to force a fifth set. With one ace, a block, and five kills of her own, Sterenberg led Centennial to a victory in the fourth set, 25-22.

Centennial was determined to win. In a nearly perfect start to the fifth set, the Eagles took a 5-0 lead. Nothing was going to stop them as they defeated Reservoir in overtime 15-8.

A victory on Tuesday improves the team’s overall record to 6-4. The girls’ next game is this Thursday, October 18, at 5:30pm against River Hill in Centennial’s main gym. Come out and support!