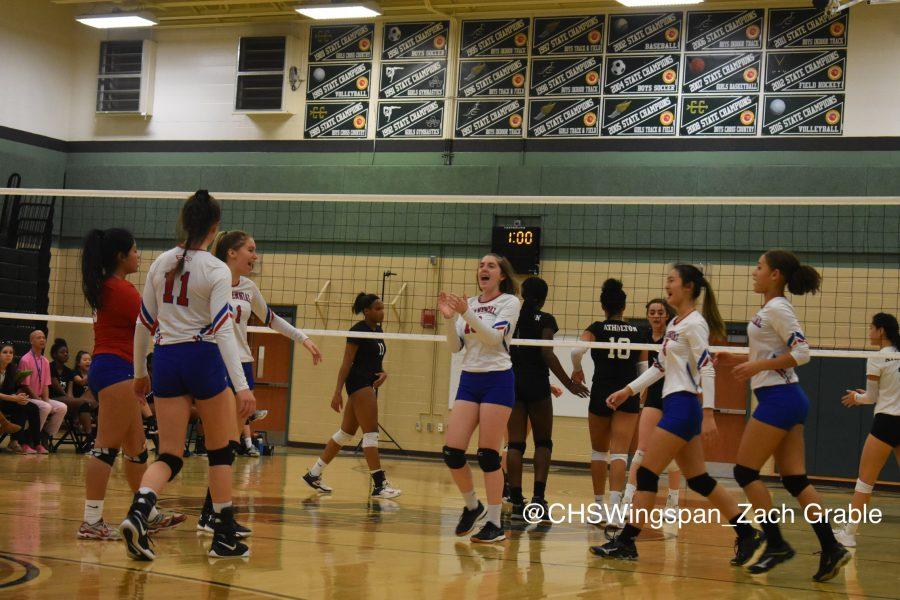 In the first set, Atholton jumped out to an early 8-3 lead, forcing coach Michael Bossom to call a timeout and regroup with his team. However, Atholton continued to have control over the game, and they extended their lead to 14-7.

Centennial rallied from the deficit and tied the game at 19-19, due to seniors Jackie Sterenberg and Nicole Attram’s several kills.

The Eagles did everything they could to win the set, but Atholton managed to take the first set, finishing with a score of 25-23.

Atholton carried their momentum from the first set into the second. Atholton propelled themselves to a 25-13 victory after quickly gaining a 10-2 lead over the Eagles early in the set.

Keeping their composure, Centennial bounced back and played a back and forth game with Atholton all the way until the end of the third set.

Both teams were unable to gain a decent-sized lead over the other, until Atholton scored three straight points, making the score 20-17. Centennial responded to this well, and the Eagles answered with their own 3-0 run to tie the game 20-20. However, Atholton was able to win the last five points and defeat Centennial 25-20.

The Varsity Volleyball team looks to end the regular season with a road win versus Glenelg on Thursday, October 25, at 5:30pm.