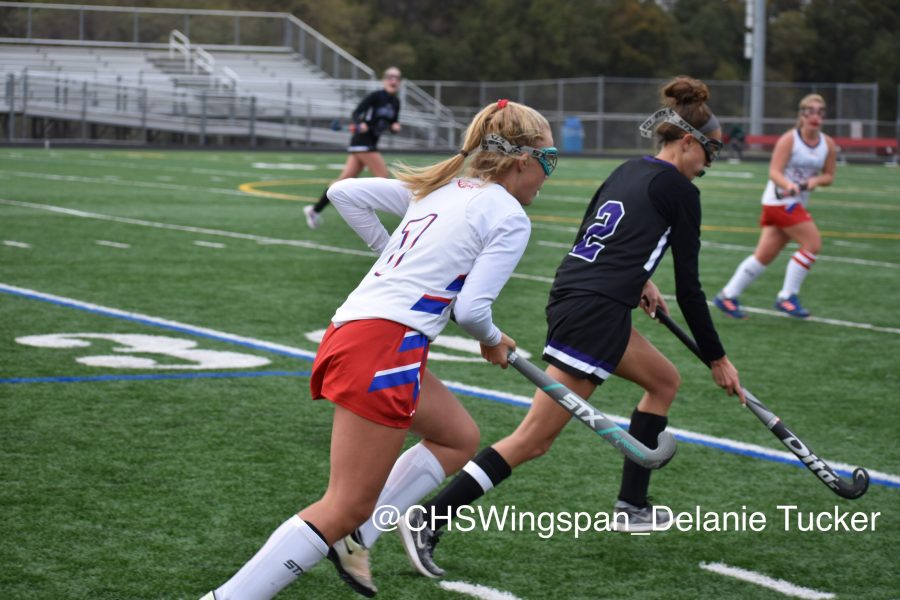 The Eagles struggled moving the ball down the field early on. Neither team was able to make anything happen on offense, until junior forward Eliza Andrew scored Centennial’s first goal with 20 minutes remaining.

Despite several Long Reach fast breaks, sophomore Jane Hudson was able to clear the ball out in two 1v3 instances.

The Eagles were tied 1-1 going into the second half.

Only five minutes into the second half, sophomore Lily Sullivan assisted junior Sara Ferrara on her first goal of the game. Sullivan later scored a goal of her own and recorded her second assist; a strategic pass to senior Annabel Baldy with 15 minutes left on the clock.

Andrew sealed the game off with her second goal of the night with under 30 seconds remaining.

Centennial’s victory against Long Reach advances them to the next round. They will play their next game on Monday, October 29, at Mount Hebron High School.