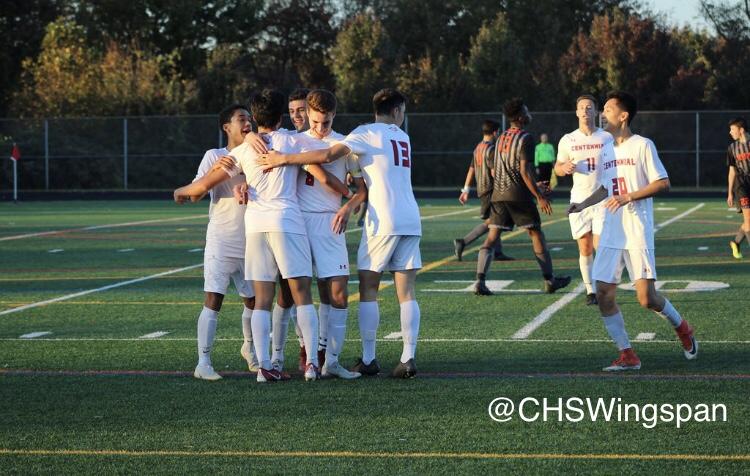 On October 30, 2018, the Centennial Boys Soccer team played Reservoir High School in the first round of playoffs.

In the opening minutes of the game, Reservoir held the majority of possession, but the Eagles were able to take control of the ball and get the ball in the back of the net. After just the first 40 minutes, Centennial was up 3-0.

The first goal came from senior Hamzah Elhabashy, followed by a second from sophomore Kevin Salazar. To finish off the first half, Elhabashy got a second goal.

For the rest of the match, the Eagles were able to dominate possession and not give the Gators any room for a comeback.

Although the second half finished without any additional goals, both teams played hard to try to keep their team in the game.

Centennial will host Atholton High School on Thursday, November 1, at 5:30 to advance to regionals.