Centennial Football Has a Hopeful Banquet to Conclude Their Season 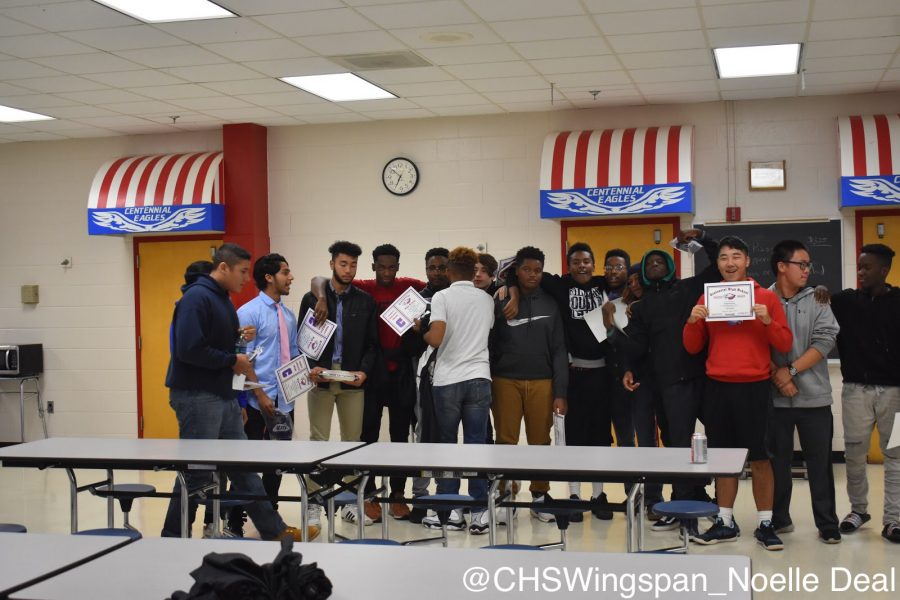 The Centennial Football teams finished their season on Friday, November 9 with a hopeful banquet and potluck dinner.

As family, friends, and players gathered for a night filled with reflection, they were greeted with good food and a heartfelt speech from Varsity head coach Billy Martin.

Martin congratulated both teams for all of their hard work and dedication to the team. He also thanked the parents who have helped the team, from coming out to support to hosting team pasta parties.

Leaving his speech on a cheerful note, Martin shared some words of hope for next season.

After Martin’s speech, he called JV coach Chris Smith to the front to present certificates to all JV players. Coach Smith called each player up, saying a few words about each player and how they helped make the team better.

Every player was greeted with sentimental words from Martin and a handshake from every coach, along with their awards.

Once every player had received their awards, the players went up to the front to present the coaches with awards. They thanked their coaches for helping them through the season.

The night was filled with lots of laughs as people shared jokes and memories to close the season.