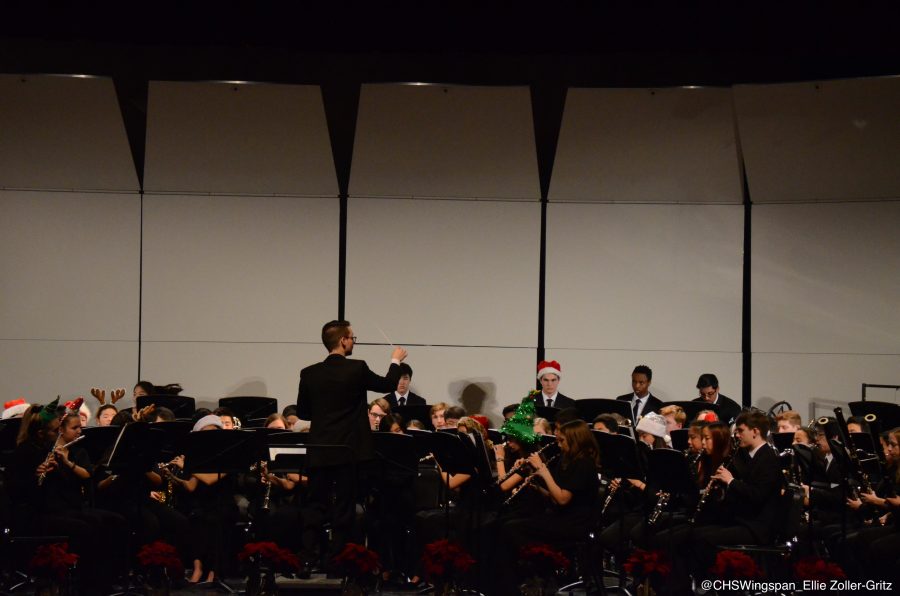 The Percussion Ensemble opened the night with two song selections. The first was an Overture for Percussion and the second was Diablo, a gentle and delicate piece.

The Symphonic Band took the stage next, playing four song selections. The ensemble’s first song was Bravura, followed by Fall River Overture, then two movements of Three Ayres from Gloucester.

They finished with Carol of the Bells, a popular Christmas song.

The Symphonic Winds entertained the audience later with The Barber of Seville Overture, followed by Puszta and Sleigh Ride.

The Wind Ensemble closed the concert with two upbeat selections.

They performed fewer songs for the winter concert since they will be performing a larger selection at a concert called Tutti: Prelude to The Midwest Clinic.

The concert will be held at Peabody’s Friedberg Concert Hall this Thursday, December 13.