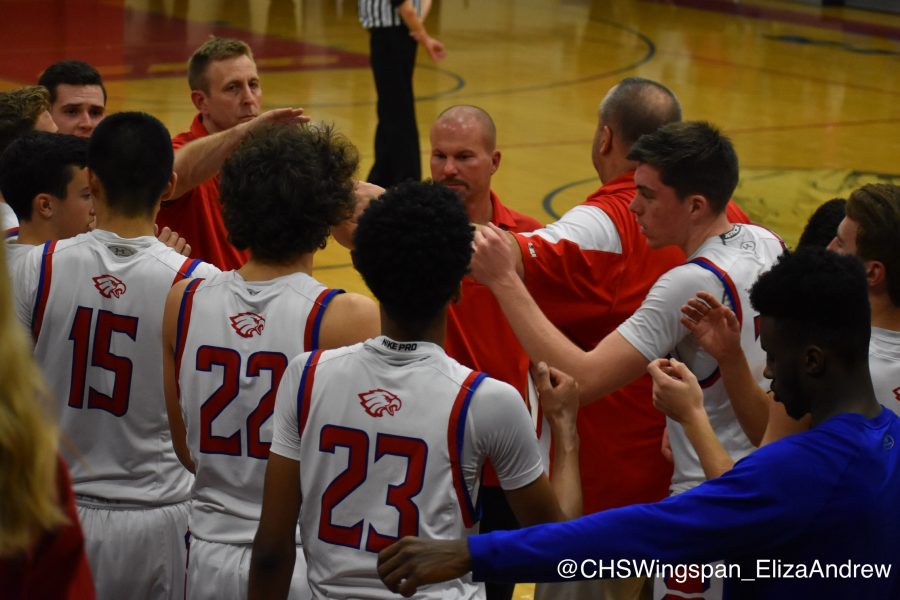 After losing their season opener to Atholton last Friday, Centennial came out and dominated throughout the entire game.

The Vikings were able to generate a short run at the start of the game. Centennial was down 6-2 early on, but they were able to put the small, four point deficit behind them. Holding Mount Hebron scoreless for nearly four minutes, the Eagles finished the first quarter leading by a score of 13-9.

Junior Joey Sedlacko and senior Ryan Hollweldel took over in the first half, scoring a combined total 18 points. Centennial ended the first half with a 32-23 lead.

Despite the nine point lead, the Eagles continued to dominate. Hollweldel would finish the game with 18 points of his own, along with 17 points from Sedlacko.

The Vikings found that after a tough first half, they would not be able to recover. After scoring 22 points in the third quarter, Centennial took a strong 54-36 lead.

Poor offensive play would ultimately be Hebron’s demise. Holding the Vikings to just eight points in the fourth quarter, Centennial converted 15 of their 20 free throw attempts to finish them off by a score of 69-44.

A blowout win against Mount Hebron puts the Eagles back at .500.

Centennial will attempt to expand on their 1-1 record Friday December 14. They travel to Long Reach to take on the Lightning at 7:00pm.