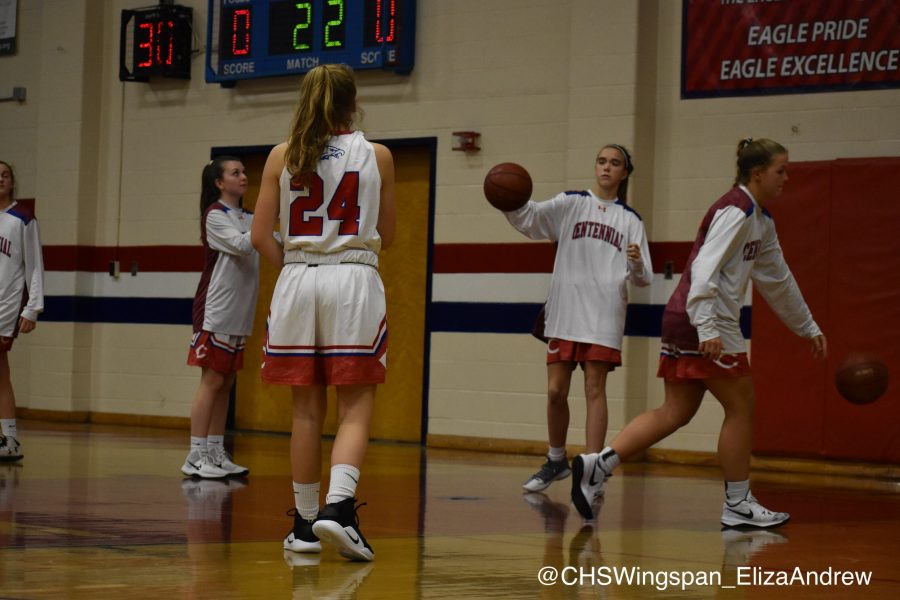 Words: Emily Hollwedel
Photos: Eliza Andrew
Last Friday, the Varsity Girls’ Basketball team faced Long Reach for the third game of the season. The final score was 57-49, with the Eagles taking the win.

“We played great as a team,” said junior Rasa Welsh. “We moved the ball really well and made the right adjustments as the game went on.”

Welsh also added that one of the best contributors to the game was a collective effort of staying calm under pressure. “We had nothing to lose playing this game,” Welsh said. “We knew that Long Reach was a good team, but [also that] we could handle it.”

In terms of preparing for the next game, Welsh noted that it was going to be difficult. “We really have to work on our passing, getting back on transition, and taking control of the game.”

Varsity Girls’ Basketball will take on the Reservoir Gators at home on Monday, December 17, at 5:30 pm.