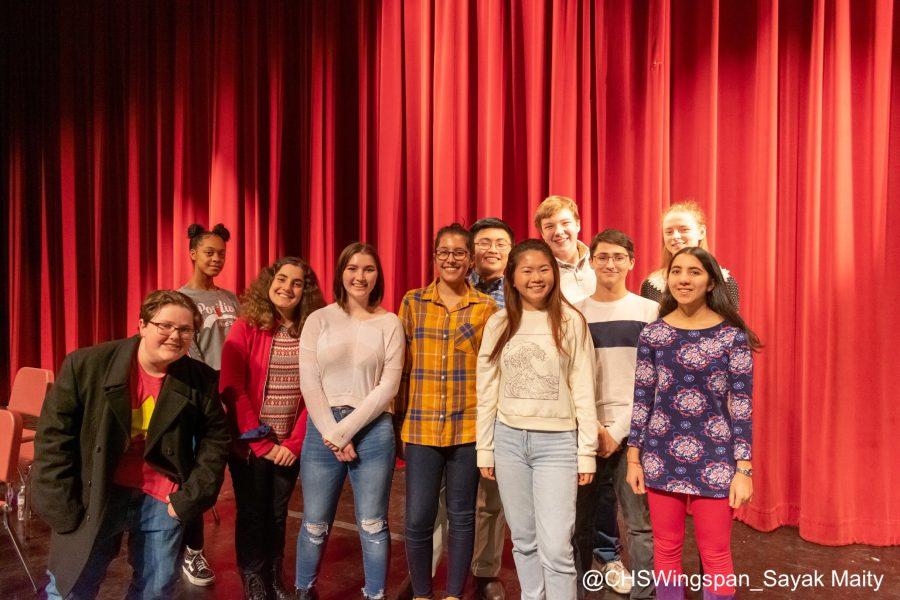 Poetry Out Loud, an annual Centennial tradition, took place on December 13 during periods five and six.

“Poetry Out Loud is a national poetry recitation competition that is a collaboration among different organizations,” said Corey O’Brien, the school-site coordinator and English teacher at Centennial. “Students do not perform the poems, but bring them to life with their voices, in a way becoming the poems.”

Students recited poems of their choice from the Poetry Out Loud official website.

“It starts in the classroom with classroom competition. The winners from those go to the school competition. And we send one winner to the regional competition,” O’Brien stated. “I think we’ve had 3 [students] who have placed at regionals go to states.

“I can’t say how I heard about it, like 7 or 8 years ago,” O’Brien continued, speaking on how long it has been running at Centennial. “But I thought it would be a good activity for Advanced Composition to get involved with it.”

The winner of the competition was Banerjee, with Shah in second and Smithery in third.

Banerjee will advance to the Region Two competition on January 19, 2019.