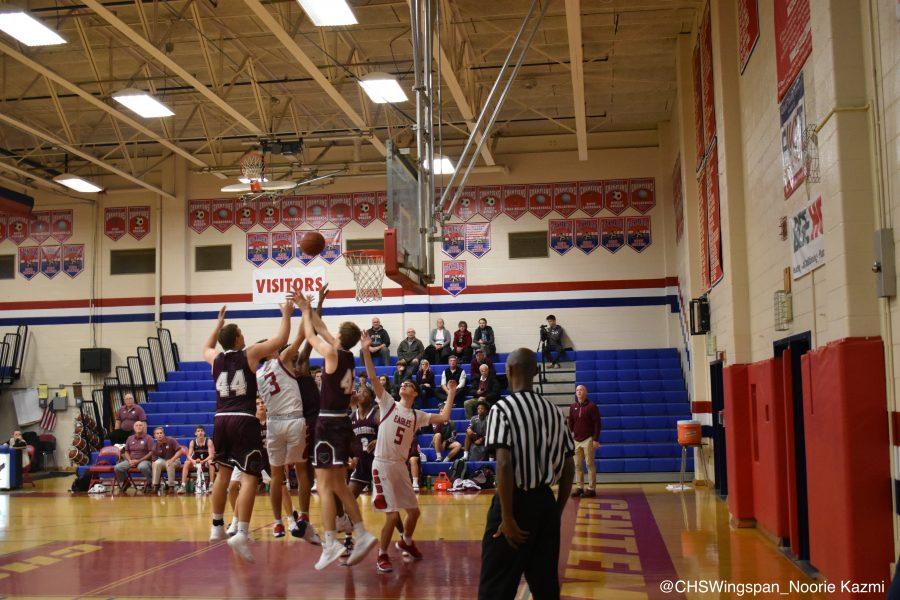 Words: Joey Sedlacko
Photos: Noorie Kazmi
On Wednesday evening, December 19, the Centennial Varsity boys’ basketball team lost their second game to Broadneck High School, putting them at 3-2 overall for the season. This was the first out-of-county opponent that the Varsity boys’ team has faced all year.

In the first quarter, Broadneck jumped out early with a 19-7 lead. The Eagles struggled to score the ball and get stops on the defensive end.

In the second quarter, Centennial picked up the defensive pressure and only allowed six points. Despite the improved effort on defense, the Eagles were down 25-16 at halftime.

In the fourth, Centennial could not complete the comeback and Broadneck won the game, with a score of 52-42.

The Varsity Boys’ basketball team plays next on December 27 in an out-of-county holiday tournament.