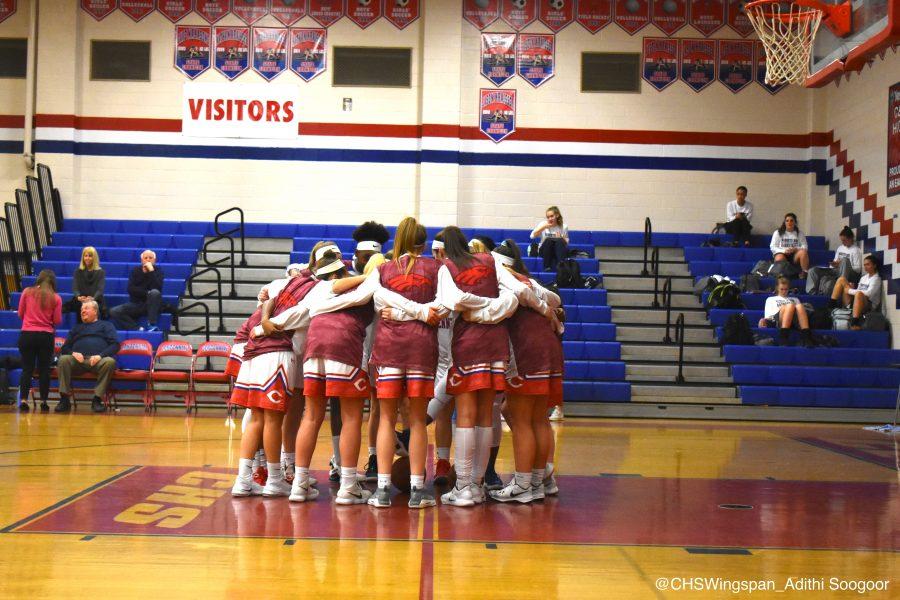 The first quarter started out slow, with both teams keeping up strong defense. With just over five minutes left in the quarter senior, Jordan Dossett scored the Eagles their first basket of the game. However, in less than thirty seconds, the Mustangs came back to score a basket, leaving them with a slight edge against the Eagles for the first quarter.

In a stressful second quarter, Marriotts Ridge barely held their lead in the game due to Centennial’s strong defensive play. The quarter ended with a score of 22-17, giving Marriotts Ridge a five-point lead.

The Eagles desperately tried to make up the points that they had lost, but by the middle of the third quarter, the Mustangs had a six-point lead and were not backing down. The Eagles tried to bring the score up ending the quarter at 34-29, slightly in favor of the Mustangs.

In a last attempt to bring back the game after ending the third quarter, the Eagles pushed to stay on the offense. With only five minutes left and a score of 38-30, the Eagles called a last-minute timeout in a tense moment to motivate the team. After the timeout, both teams surged with a last burst of energy, and with just over a minute left in the game the Eagles scored their last point.

The Mustangs’ offense was no match for the Eagles as they went on to score four more points, winning 48-36.

The Eagles play their next game on Friday, January 11 against Glenelg.]