A Night of Jazz on Centennial’s Center Stage 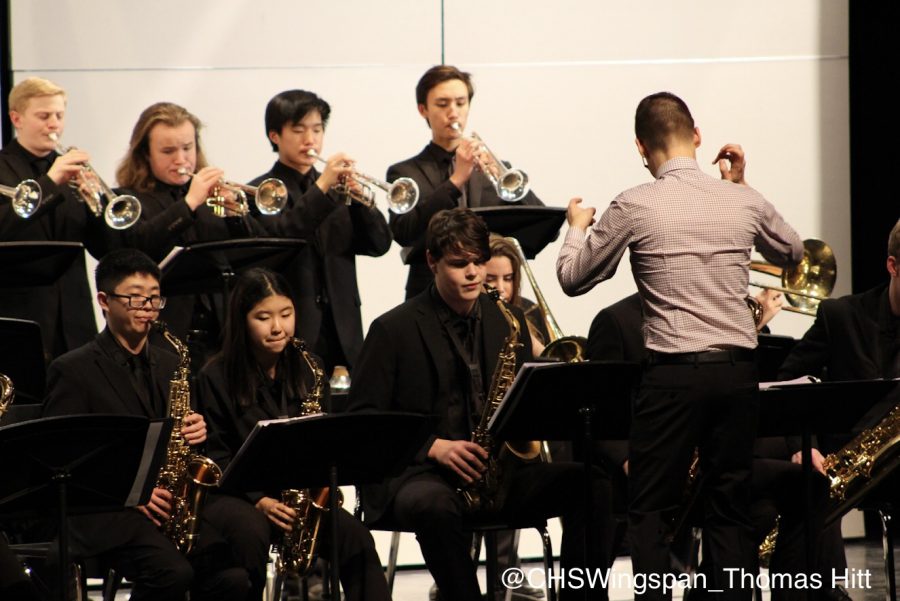 The Jazz Feeder Concert has taken place every year for the past four years with the same schools being in attendance each year.

Centennial Lane’s jazz band took the stage first. They ended their performance with a familiar groovy tune that everyone enjoyed, Louie, Louie.

Northfield Elementary school’s jazz band, under the direction of Timothy Beall, played second. They played a program of songs, one of which was The Funky Monkey.

Burleigh Manor Middle School had two jazz bands that were showcased at this event.

Centennial High School’s jazz band concluded the night by playing three songs. They played Magic Flea, A Time of Love, featuring a delicate trombone solo, and Caravan, a loud and energetic selection. By the end of the performance, everyone was on their feet clapping.