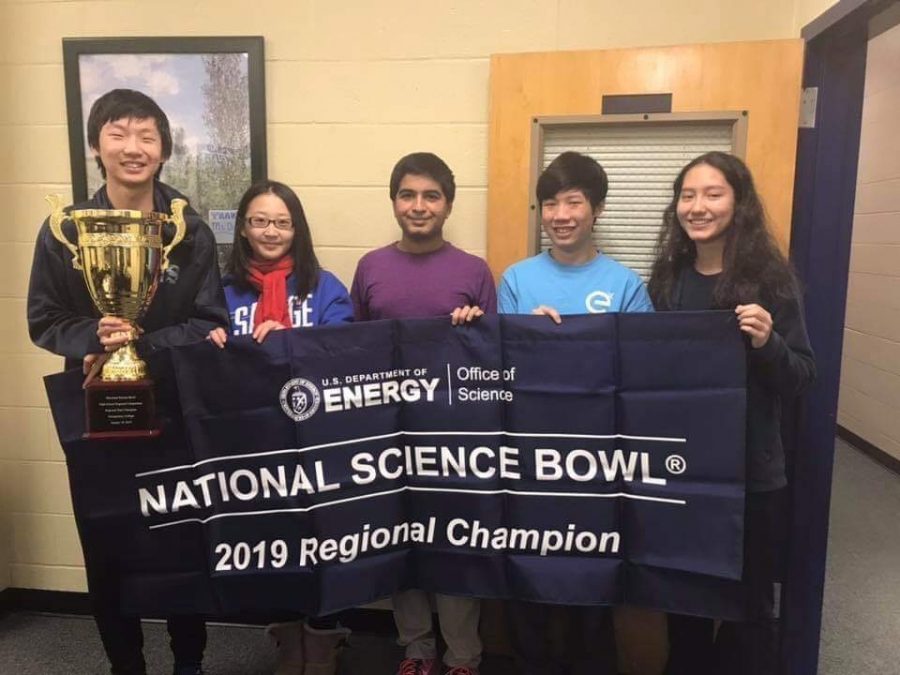 The Science Bowl consists of two eight-minute halves in which a moderator reads a question relating to physics, chemistry, biology, math and other fields.

An individual from one of the six teams can buzz in and answer the question, but they are not allowed to receive help from his or her peers. If a question is answered correctly, then they are given a bonus question, for which they can get help from other teammates. The team with the most points after the second half is declared the winner.

The team has put in countless hours to continue to improve themselves. “We meet every Monday. Outside of that, we practice online on Protobowl on top of our individual readings.”

Prior to the 2018-19 school year, Centennial’s Science Bowl team had placed in the top eight every year, going back to 2016.

Thomas Luo, a senior at Centennial High School and captain of the science bowl team, described this year’s victory as “absolute insanity.” Having lost to Blair in 2016 and 2017, Luo and the team were very impressed with the win.