Centennial Boys’ Basketball Dominates in Last Game of the Season 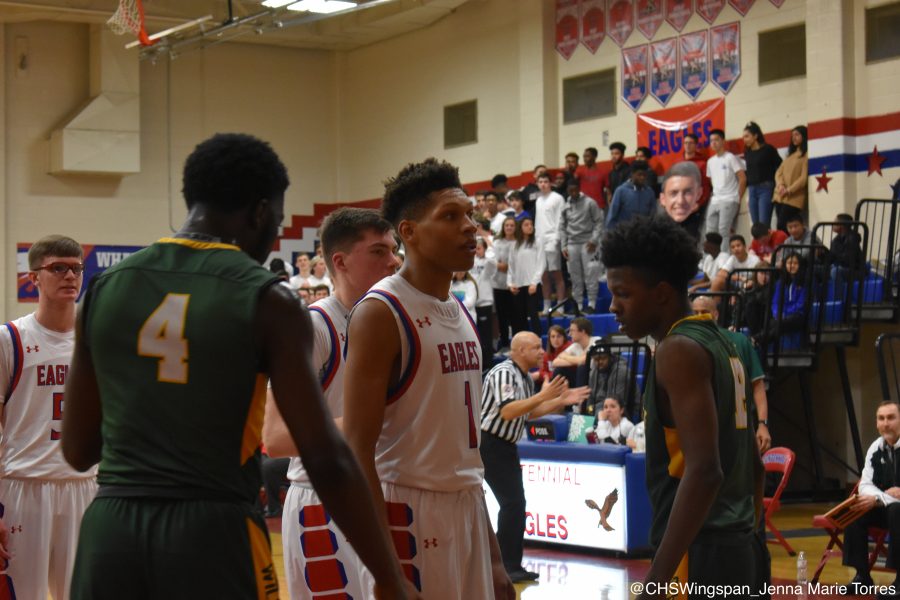 To start off the game, the Eagles took an 8-point lead in the first quarter.

While the Wildcats were able to even that scoreline, Centennial managed to gain back a 2-point lead, ending the first quarter at 10-8.

The Eagles played a very defensively strong game in the second quarter, only conceding 5 points.

After halftime, the Eagles returned to the court with a more offensive mindset, scoring 17 points in just the third quarter. To top off Centennial’s incredible performance, 4 of their players scored double-digits throughout the game.

The win against Wilde Lake, who is ranked second in county, will give the boys good momentum going into playoffs.

Their first playoff game will be on Monday, March 4, against Reservoir High School.