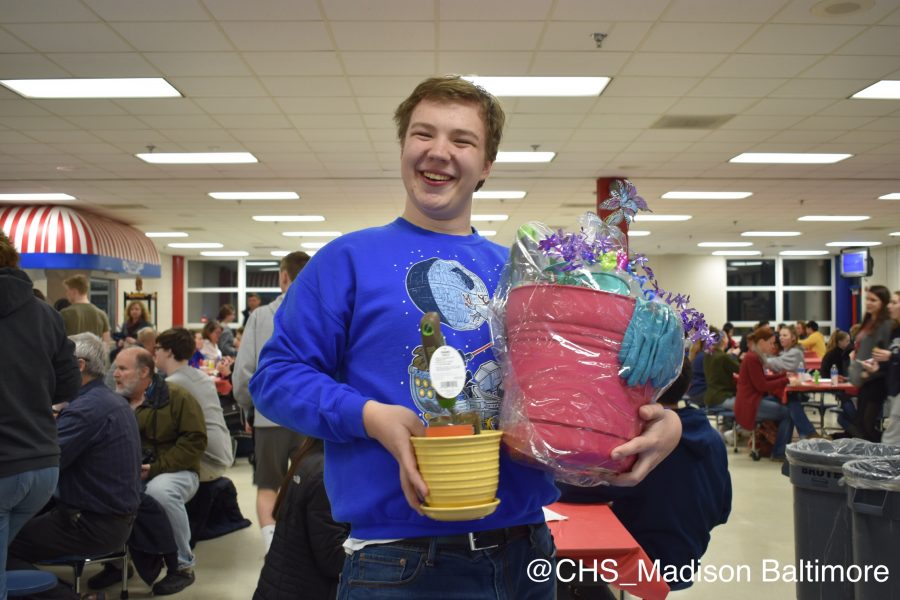 On February 22, Centennial’s music department held their annual Bingo Night from 7 to 9:30pm. It was a night filled with excitement, different colored bingo dabbers and musical performances. Students and their families played bingo for a good cause.

“It has been a music department tradition long since my arrival at CHS,” David Matchim, band director at Centennial said. “It’s growing every year as we add musical performances. It’s a great opportunity to raise money and show community groups our great ensembles.”

In between bingo rounds, students from orchestra and Centennial’s Jazz Band played a variety of songs to showcase their talent.

“I think Bingo Night has continued to provide a tremendous opportunity for fundraising the music program and uniting our community and school by providing the opportunity to see some of our school’s ensembles perform,” expressed Jackson Rowles, a senior at Centennial and Lead Drummer in Jazz Band. “Bingo night also allows members of our community and school to gather together and share our appreciation of Centennial music through the always exhilarating game of bingo.”

Students and their families come back every year to enjoy a fun game of bingo for a chance to win a themed basket.