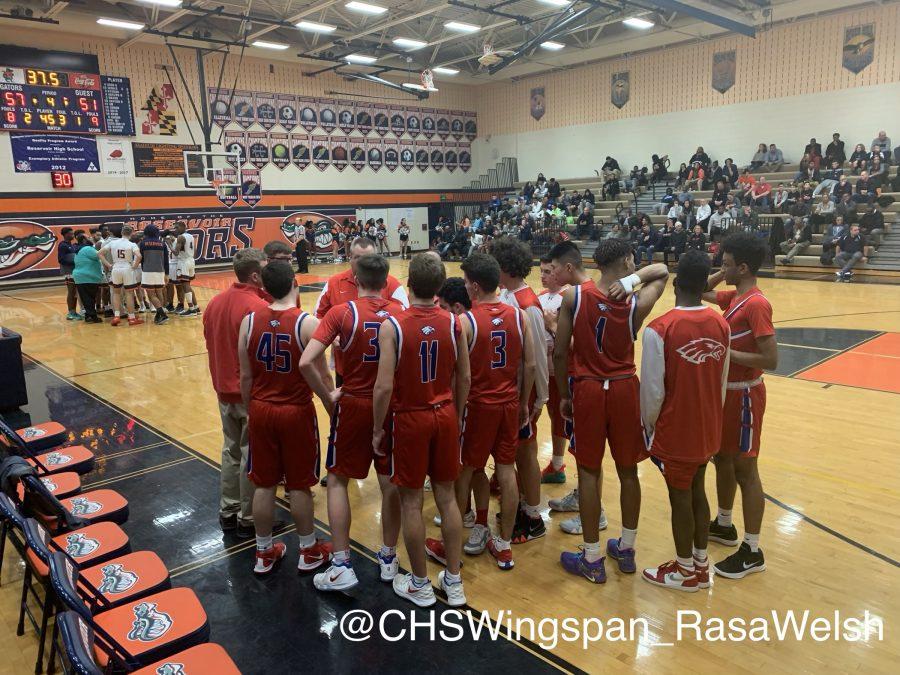 On Monday, March 4, the boys basketball team fell to Reservoir by a final score of 61-51.

Both teams got out to a quick start and continued to apply pressure throughout the first quarter. The Eagles shot exceptionally well early-on and entered the second quarter leading 15-12.

Leading up to halftime, Centennial began to struggle. With just two minutes remaining in the first half, Reservoir knocked down three consecutive three-pointers. The Eagles scored just 4 points in the second quarter as Reservoir took an 8 point lead at halftime.

Centennial’s offensive struggles continued in the second half. Throughout the third quarter, Reservoir caused several turnovers and scored various fast break points. They continued to knock down shots, making it difficult for Centennial to come back.

Despite entering the fourth quarter down 17 points, Centennial did not give up. In the final quarter, the Eagles increased their defensive intensity as they closed in on Reservoir.

With less than two minutes left to play, Centennial trailed by 5 points. Reservoir responded by scoring back-to-back layups to seal the win.

“We fought hard and never gave up, but unfortunately we could not come out with the win,” said Sedlacko. “However, I am proud of the things we have accomplished this year.”