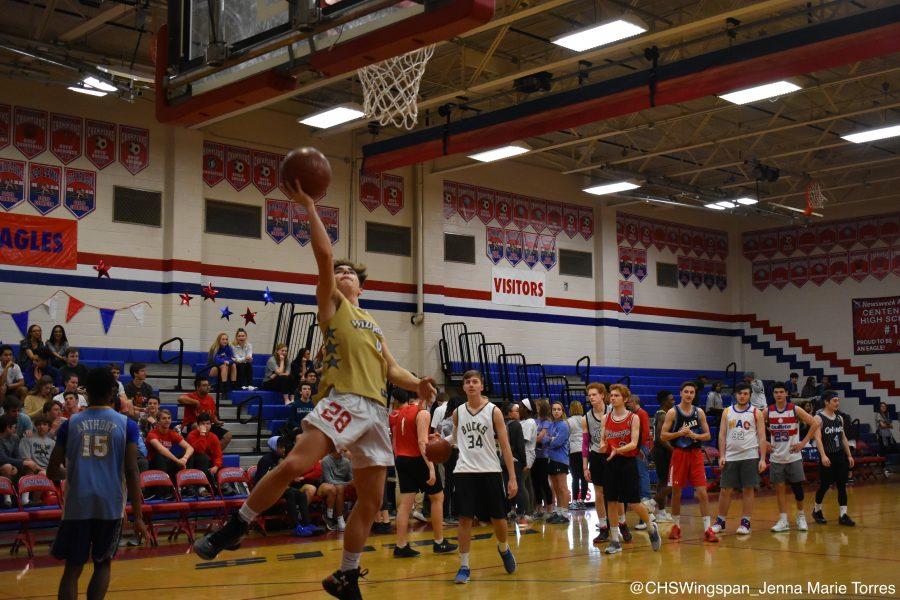 On Friday, March 15, the Centennial sports for life class lost to the Homewood basketball team. The close game was nothing less than electrifying.

In the first quarter, Centennial took the lead with a score of 11-10.

By halftime, the game gained intensity at an astonishing rate. Homewood took the lead by scoring three 3-point shots and four aggressive layups. Centennial, however, changed up their scoring strategy by making seven layups and only one 3-point shot. At the end of the second quarter, Homewood led 30-27.

Both teams kept their high spirits through the third quarter, but the final quarter is where both teams made the game intense for the crowd.

Rob Hix made the biggest impact in the final moments of this game. His quick feet and aggressive play made the competitive fight for victory even more desired.

With a close score of 52-46, the win went to Homewood after an impressive game-ending 2-point dunk on Homewood’s side.