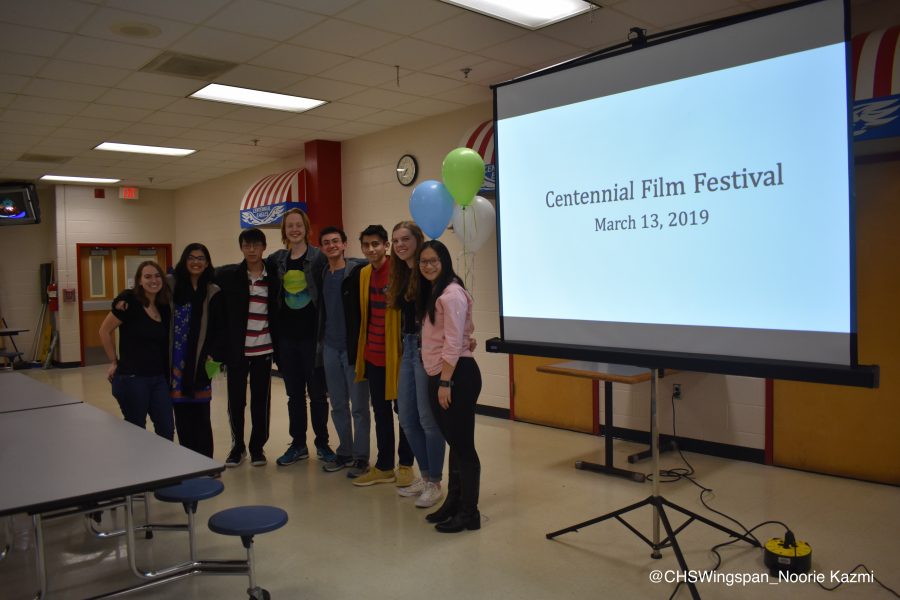 Words: Sasha Allen
Photos: Noorie Kazmi
On Wednesday, March 13, Centennial held its very first film festival hosted by the
Centennial Film Club. All Centennial students were encouraged to submit a short film to be
judged, awarded, and watched at the festival. Summer Shen, the Film Club president, organized the event along with the help of the club members and sponsors.

The film makers all put a lot of thought and time into their unique films, and it showed. Peter Ganunis, a member of the club and a passionate film maker, attended because he wanted to see “what the passionate, young, film makers of Centennial are creating.” Ganunis said that he enjoyed watching all of the unique films and was interested in learning from what techniques and films were used.

There were four films submitted and each of the participants had their films viewed by the audience, received an award, and had the chance to say something about their process. The top two films were “Mirage,” a romance submitted by David Huang, and “Dreams,” a thriller submitted by Carolin Harvey. All of the films were scored based on ideas, execution, originality, camera angles, and sound effects.

“I like making videos and [the festival] was a good way to show what I’ve done” said
Huang.

Shen was delighted by the submissions and turnout. “I wanted to start a small scale festival for beginners so they could feel more included,” said Shen. She is hoping that next year there will be even more submissions from beginners in the school.