The Impact of One Choice 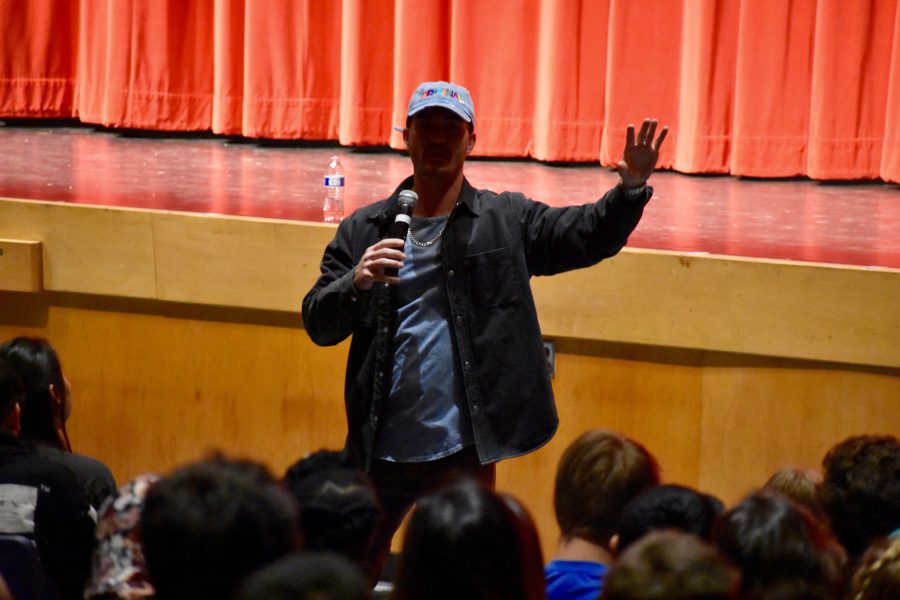 Words: Sarah Paz
Photo: Eliza Andrew
*Editor’s Note: April 1, 2019– This article has been modified to reflect that the Centennial PTSA hosted the guest speaker. The previous version stated that Centennial was the host.*

On Tuesday, March 26, Centennial’s PTSA hosted an assembly presented by public speaker Tony Hoffman, who spoke about how one choice affected his entire life.

Hoffman started his story from when he was in high school and started doing drugs at parties.

He didn’t realize it at the time, but he made a decision that impacted the entire course of his life.

His bad choices resulted in his arrest and ultimately, prison time. Hoffman decided to change for the better by improving his life with little habits.

Hoffman’s determination to stay sober helped him to live out his dreams of professionally BMX biking and starting a nonprofit which is now called The Freewheel Project.

Since his time in prison, Hoffman has been successful in other areas such as being a coach for BMX athletes and helping to spread awareness about drugs as a public speaker.

After the speech, Hoffman answered questions about his message.

Many students enjoyed how unique his story was.

“[It had an] interesting perspective,” said sophomore Honor Reed. “I don’t think anyone expected the story brought forth.”