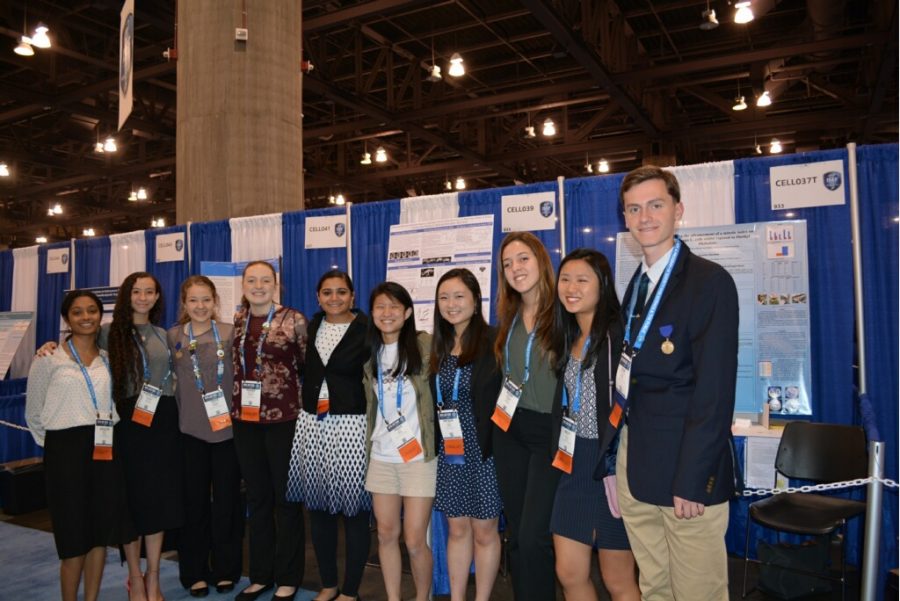 The International Science and Engineering Fair (ISEF) took place from May 12 to 17 in Phoenix, Arizona. The event hosted about 1,800 kids from 75 countries. Jocelyn Mathew, a Centennial senior and 2019 graduate, competed in the category of Cellular Biology in the subgroup of Cellular Immunology.

Projects ranged from sunglasses that reduce glare to microscopes that detect cancer. Mathew said she was “blown away by the caliber of the projects” as they were “innovative and incredible.”

“When walking into the big competition hall where they display projects, I felt super grateful to be a part of it!” Mathew said.

Intelligent, creative and hardworking student researchers competed in the ISEF competition. India, Ukraine, South Africa, and Brazil are just a few of the native countries of the students that Mathew got to meet at the event.

The concept of one of Mathew’s opponents focused on better understanding neurodegeneration, when the function of neurons is lost. Mathew considered the event more of a learning experience as opposed to a competition.

When it came around to the awards ceremony, Mathew won third place and a trip to the International Science Summer Institute (ISSI).

“Overall, it was an invaluable experience,” said Matthew. “I learned a lot, got to network with the next generation of scientific leaders, and had a ton of fun!”