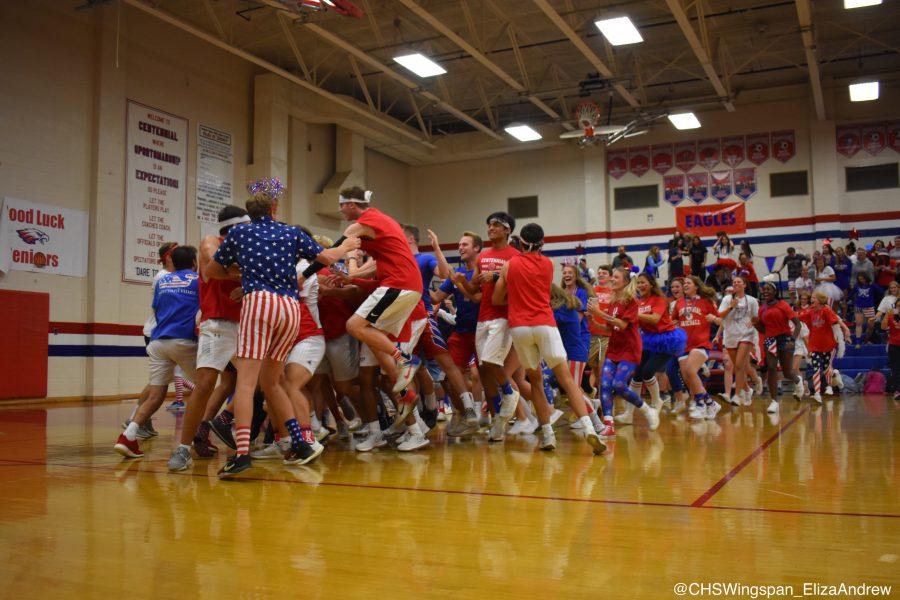 With people packing the student section, a display of USA-themed school spirit and excited chants could be seen.

Juniors began with an advantage as Paul Russell took the stage. With a 12-5 lead, the seniors needed to make significant strides in order to catch up. Senior Shawn Kruhm had a strong serve, scoring over the juniors and beginning their comeback.

“They had us in the first half,” said Kruhm. “We played really well, it was a well deserved win.”

After 20 minutes of intense back and forth play, the clock ran out and the seniors won 29-27. The senior student section cheered as they flooded the gym floor, creating a dog pile on the court.

While the boys played with great sportsmanship and intensity, Centennial’s first ever men’s homecoming volleyball game will go down in history as a triumphant win for the Class of 2020.