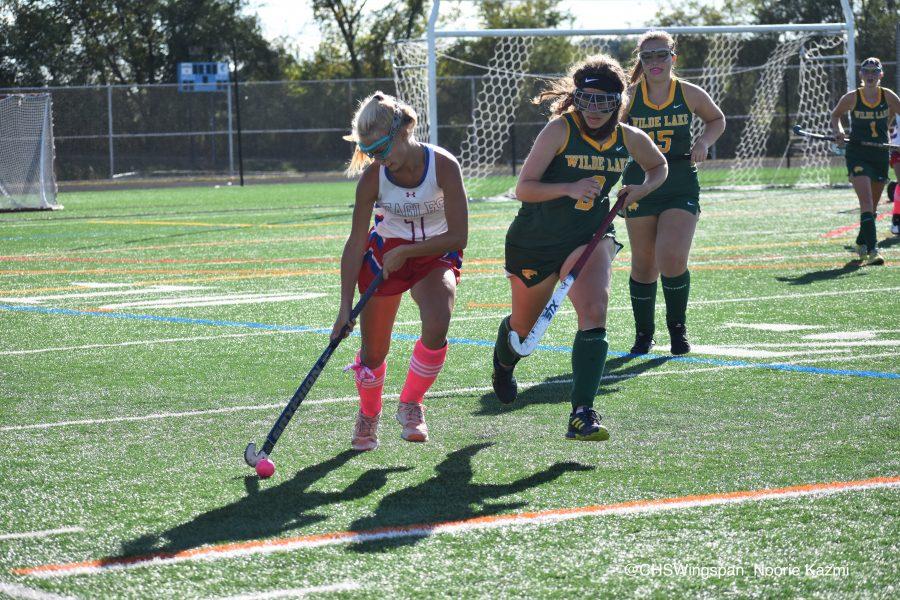 The girls not only won the game, but they shut out Wilde Lake with a final score of 11-0.

Due to the Eagles high offensive possession time, they were able to create countless scoring chances. Seniors Sara Ferrara and Eliza Andrew played exceptionally well, as they finished the game with four combined goals.

Despite the team’s early struggles this season, they improved dramatically and will take these next two weeks to prepare for playoffs.

“We knew coming into the game that Wilde Lake’s Field Hockey program has improved from previous years, so we had to work together as a team to break their five game winning streak,” said Andrew. “We came out with intensity at the start which continued throughout the rest of the game.”