The Streak is Over: Centennial Football Captures Their First Win Since 2016 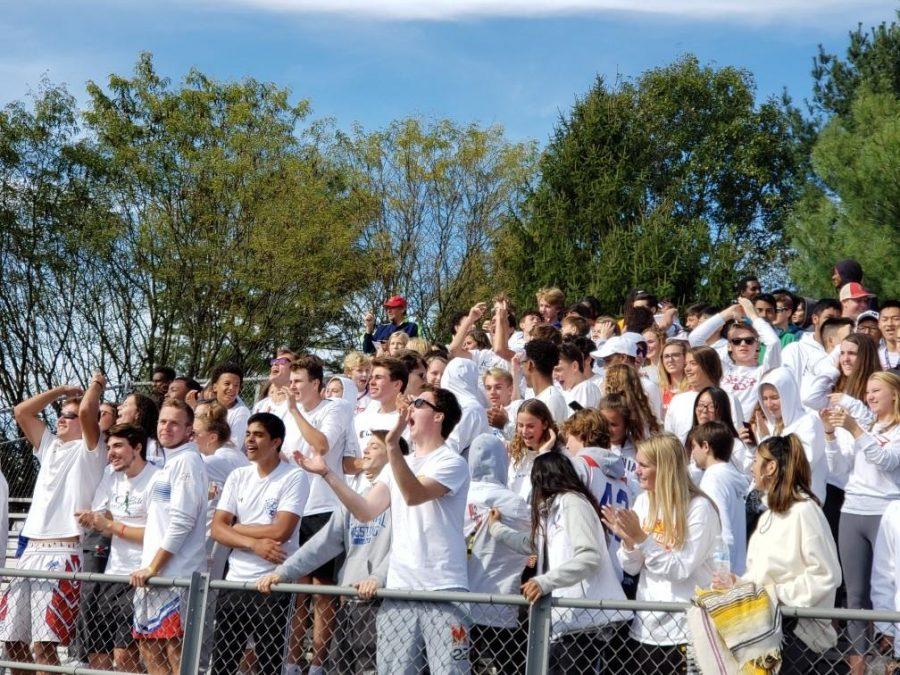 It has been a rollercoaster for the Centennial Football program the past few years. Their last victory came during week one of the 2016 season; the Varsity team was disbanded for the 2017 season, and in 2018 the Eagles were unable to score a single point.

“[The win] meant a lot to the kids because they put in a lot of hard work,” said head coach Billy Martin. “There were so many reasons they could have given up but they decided to keep working hard throughout the season.”

The Eagles were able to defeat Mount Hebron for the first time since 2013, thanks to the team’s 28 points in the fourth quarter and crucial plays by both the offense and defense.

“It felt like a dream come true,” said senior Anthony Matthews. “From the opening kickoff, I could feel the energy in the stadium and I live for moments like that. Me and my teammates told ourselves we were going to win this game for the school and for ourselves and that’s what we did.”

The game started as a defensive battle. It wasn’t until the second quarter when junior Khalil Conteh scored a rushing touchdown for the Eagles to give Centennial the 7-0 lead. However, Mount Hebron tied up the half with 16 seconds left after a long touchdown pass, and the two teams went into halftime tied at 7-7.

In the third quarter, the Eagles’ offense started to find their rhythm. Centennial drove down the field and senior quarterback Malik Chester gave the Eagles a 13-7 lead after scoring a rushing touchdown with 7:08 remaining.

Mount Hebron responded late in the third quarter with a touchdown of their own, but the Eagles stopped the Vikings on the two-point conversion to keep the game knotted at 13-13. The fourth quarter was a back-and-forth game with five lead changes and 41 total points scored.

In the beginning of the final quarter, senior Muchiri Mbugua made a pivotal defensive play and intercepted a pass from the Mount Hebron quarterback, then returned it for a touchdown to give Centennial a 19-13 lead.

The Vikings regained a 20-19 lead minutes later after a passing touchdown. Centennial and Mount Hebron showed no signs of giving up as each team scored another rushing touchdown. The Eagles found themselves down 26-25 with around four minutes remaining in the game.

“We knew this was going to be a close game and we had to stay focused no matter what. Every time it seemed like we had the momentum, they would come back, do their job, and shift the momentum again. We reminded ourselves why we came here and that helped us stay unfazed,” said senior Mbugua.

Chester guided the Eagles downfield and converted a crucial fourth down play. A 23-yard rushing touchdown by running back Conteh followed by a successful two-point conversion gave the Eagles a 33-26 lead.

“We kept our composure and stayed focused on each play to get the job done. We stayed the course and kept executing offensively,” said Martin.

The Centennial defense needed to stop the Vikings one last time and they did exactly that. Matthews’ interception return for a touchdown with 33 seconds left sealed the 41-26 victory.

“We had a winning mindset going into this game and we did a really good job of blocking out all the noise and just focusing on our jobs and coming out with a win,” Matthews stated.

The football team will take on Poolesville High School for their next game on October 25.