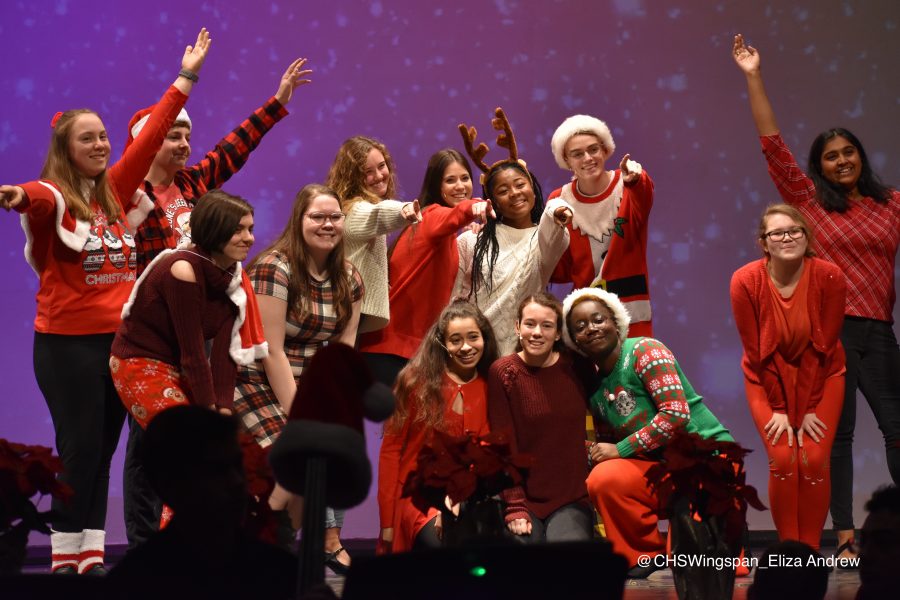 Students from many of Centennial’s performing arts programs came together to perform the Winter Spectacular for fellow Centennial students on Friday in the auditorium.

Members of Centennial’s band, choir, orchestra, and dance programs all performed in the annual holiday show, with each group playing, singing, or dancing to one or more holiday songs. Awkward Improv, Centennial’s improv comedy group, also made an appearance.

All Centennial students not involved in the Winter Spectacular’s production gathered during the first or second half of an extended third period to watch the show, which was performed twice.