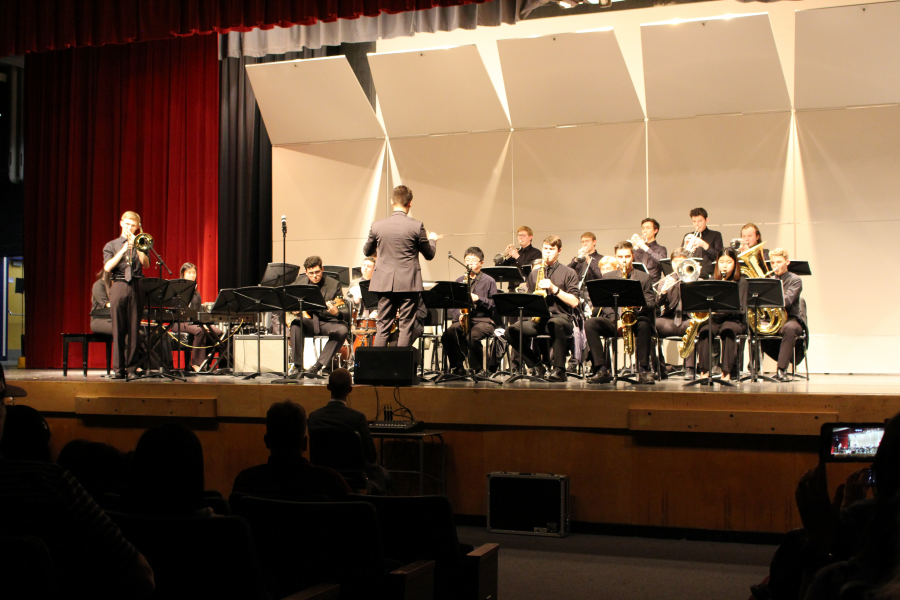 Words: Thomas Hitt
Photos Contributed by: Thomas Hitt
Centennial High School hosted the Jazz Feeder Concert on Wednesday, February 5. The concert included a performance by both Northfield and Centennial Lane Elementary Schools, Burleigh Manor Middle School and both of Centennial High School’s jazz bands. Additionally, there was a small performance by Centennial’s Dixie band, whose name comes from a style of music that developed in New Orleans during the 20th century.

To open the night, Centennial’s Dixie band played “A Closer Walk with Thee” and “That’s a Plenty.” The members included Colin Eng on clarinet, Josh Oberly on trumpet, Henry Bar-Or on trombone, Nate Fleming on Banjo, Chris Lidard on sousaphone, and Adam Goldstein on washboard.

Northfield’s jazz band took the stage next, and performed “Blues Machine” and a rock tune called “In the Zone.”

James Kranz and his jazz band played “Four” featuring a trombone solo and a tenor sax solo. They then finished their set with “Blue Rondo A La Turk.”

To close out the jazzy night, Centennial’s next jazz band, directed by David Matchim, performed. They played “Ruby, My Dear” featuring a trombone solo by Jack Keane. The next song to be played was “A Night in Tunisia.”

Reflecting on the the night, junior Colin Eng said, “Getting to see young musicians play a genre that has been in decline with such passion and enjoyment is one of my favorite moments of the year.”