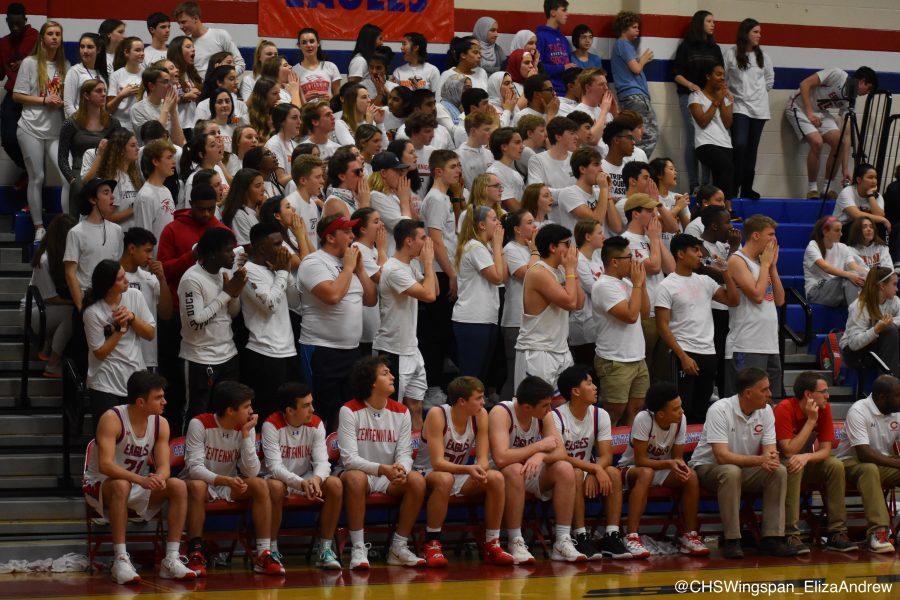 The girls dominated on both sides of the ball. Seniors Brook Anderson and Rasa Welsh combined for 30 points, and junior Tori Pearson scored a solo 15 points. The team as a whole finished with 35 rebounds and 4 steals.

Centennial outscored Atholton in every quarter except the second, and led by just two points at halftime. The girls came out hot in the second half, scoring 21 points in the third quarter alone. Centennial did not let up as they defeated Atholton by 15 points.

Unfortunately, the boys had an off night. Despite leading after the first and second quarters, Centennial struggled to defend Atholton in the second half.

Player of the week, junior Bryson Baker, was held to just four points. The Eagles’ shooting struggles persisted as the second half continued.

Although Centennial had trouble offensively, senior Joey Sedlacko finished with a team-high 18 points. The number one team in the county lost just their fourth game of the season to Atholton.