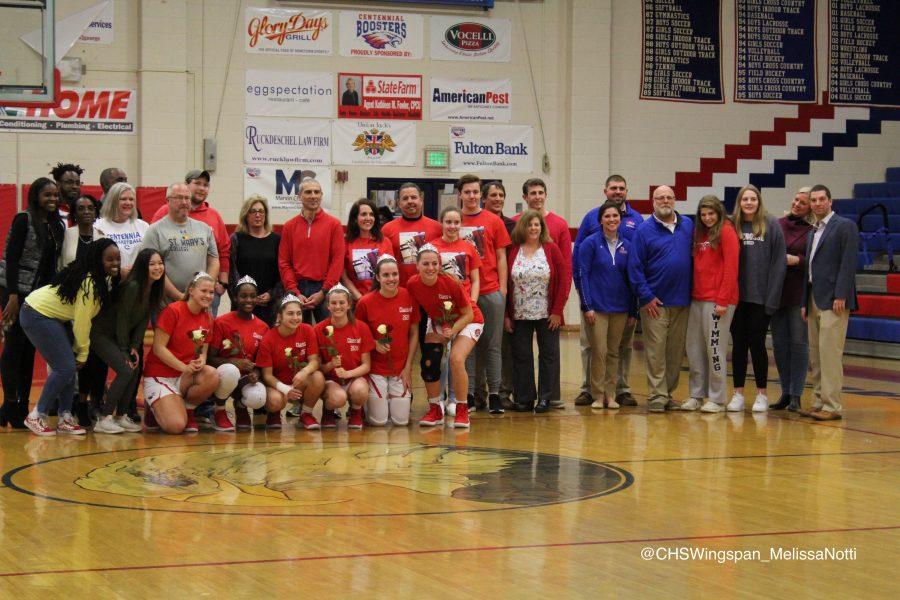 A vibrant gym, decorated with posters, flowers, and streamers welcomed the seniors of the girls’ basketball team for their final regular season home game. Centennial seniors Rasa Welsh, Sarah Sopchick, Gigi Castle-Smith, Brook Anderson, Olivia Reese, and Kristin Parisi were recognized and celebrated for their time with the basketball program.

Centennial played strong and fought to the end of Thursday night’s game, but fell just short of River Hill. They had a great start as they trailed by only one point after the first quarter.

Defensive struggles persisted in the second quarter, as Centennial had trouble stopping River Hill in transition.

Despite trailing by nine points entering the second half, the Eagles would not give up. Centennial went on a 7-2 run to open the third quarter and trailed by just four points midway through the third.

Although Anderson finished with a game-high 18 points, they were unable to hold off River Hill.

The girls’ basketball team will travel to Glenelg next Wednesday, February 19, as they begin to prepare for playoffs.