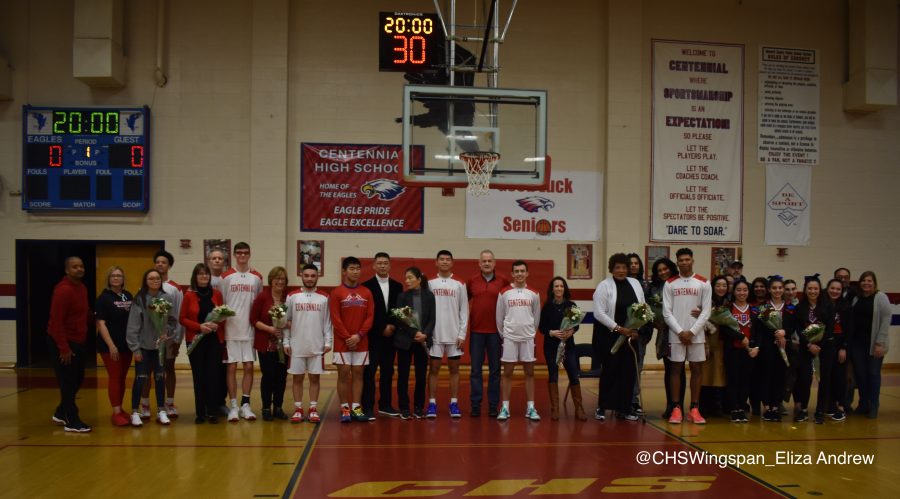 Seniors Joey Sedlacko, Matt Schickner, Brandon Bonner, Connor Carpenter, and Jeong Hwang were recognized for their dedication and hard work over the years.

Centennial dominated Hammond on both ends of the court. The Eagles put the game away in the third quarter after scoring 17 and allowing just four points.

Hwang finished with a team-high 12 points as Centennial defeated Hammond in their final game of the season.

The Eagles finished with a regular season record of 17-5 and tied for second place in the county. The Eagles will play Mount Hebron High School on Friday, February 28 in the first round of the playoffs.