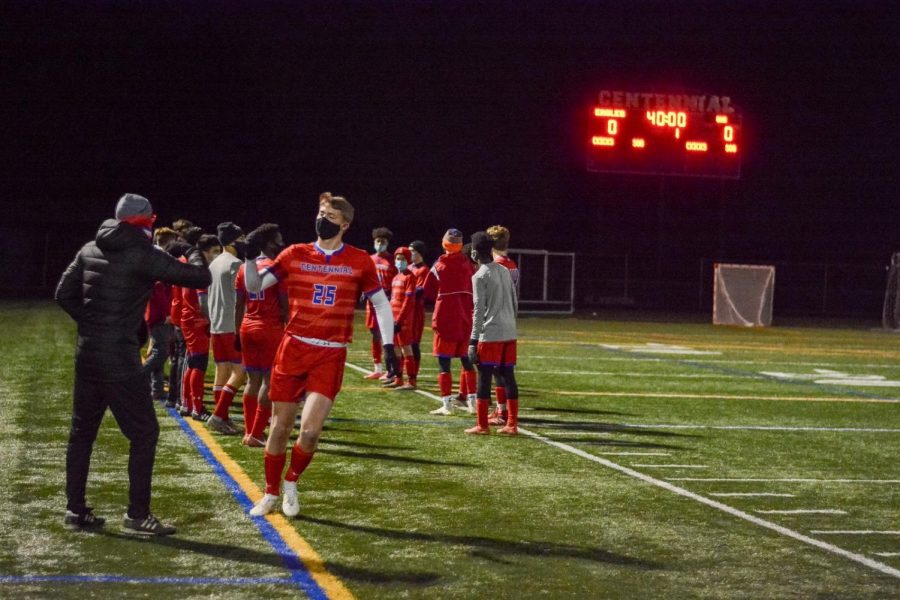 On Friday, March 5, the Centennial Boys’ Varsity Soccer team defeated Glenelg High School 4-2 during their senior night. This also happened to be their season opener, putting them at 1-0 on the year.

Salazar, scoring two goals in the win, stated; “It felt great. I’m very grateful… I was very focused and my mind was on goals.” Baker and sophomore Kodee Karcher also added one goal each.

“The win was like the icing on the cake,” Weng exclaimed. “We played our hearts out and our result made the night all the more special.”

There was a lot of uncertainty over whether this night would happen in the midst of the pandemic, but the seniors were luckily able to get the recognition they deserve. “The walkout was more or less the same as every other year so I’m thankful for that,” stated Salazar.

“I wasn’t even sure if we would have a soccer season until the county told us otherwise,” Weng said. “I actually felt a little relieved to have the event and the actual senior night experience for me was wonderful.”