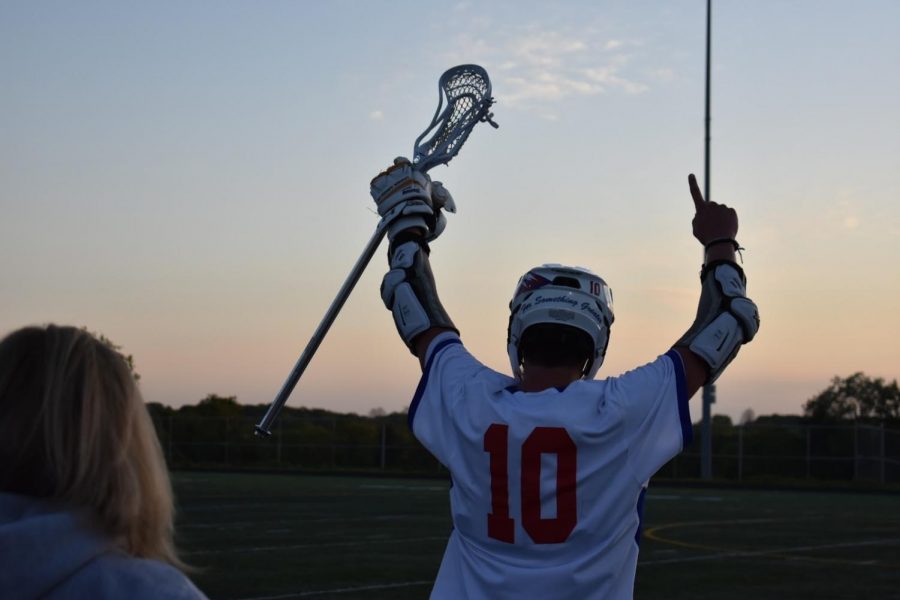 On Monday, May 10, the Centennial boys’ varsity lacrosse team triumphed over River Hill High School with a score of 13-6 on their senior night. This was their first win of the season, putting them at a record of 1-1.

Kauffman, the team’s goalie, stated, “we made a few simple mental mistakes early on but then we adjusted and just took off from there.” Contributing goals were made by seniors Ritter, Hockersmith, and Hlibok.

“The offense was hot and the defense played extremely well,” said Bussink. “It was overall a great way to play.”

The boys felt lucky to have a senior night after the original date got rained out on Friday, May 7. Usually, senior night games are towards the end of the season. However, with the uncertainty surrounding the pandemic, it was decided that all spring sports would celebrate this special night towards the beginning of the season to ensure seniors would have the opportunity to participate.

The win was icing on the cake, ending the night on the best note possible. “It was a very fun game and a great win to cap off our senior night,” stated Bussink.