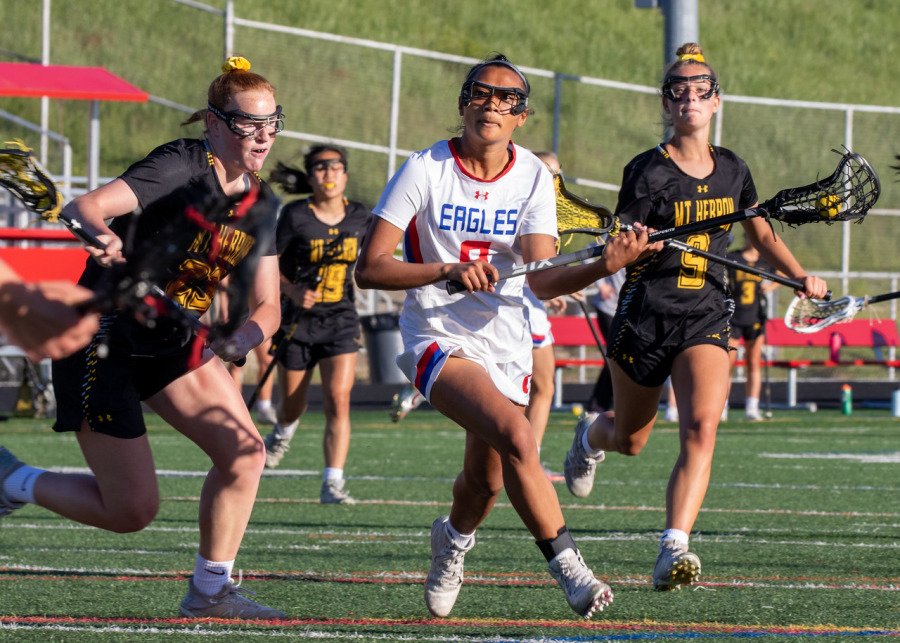 On Wednesday, May 12, the Centennial girls’ lacrosse program honored their seniors while playing against their rival, Mount Hebron High School. Although the Eagles lost 17-11, there were great moments in the game and it was very special for their four seniors.

Jane Hudson, Louisa Lagera, Julia Na, and Nicole Ouellette were celebrated Wednesday night. Each walked out with their loved ones and shared some advice with their underclassmen teammates.

“Four years fly by and you should make the most of it,” said Na, a defender. “That one failed test or that one dropped ball doesn’t determine your worth so don’t linger on the past; rather, move on to change the future so you can become a better version of you.”

The game was a battle on both sides, but it had its highlights. Lagera had four goals, three of which were scored in under four minutes, and two assists.

“It was definitely a bittersweet moment… it started to hit me that this is one of my last games I’ll ever play since starting in elementary school,” said Ouellette.

Centennial will play in four more games before the 2021 playoffs begin.